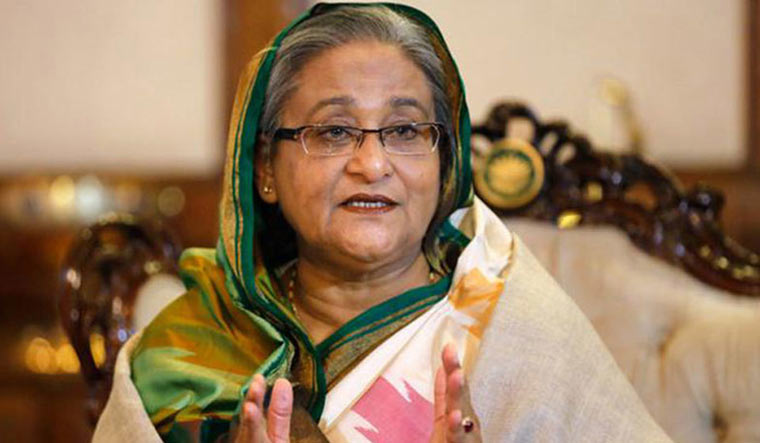 A Quran allegedly desecrated, a series of temples vandalised: Communal incidents have surged in Bangladesh in the last two days, with a recent spree of attacks on temples and pandals amid Durga Puja celebrations prompting concern in India. Bangladesh Prime Minister Sheikh Hasina on Friday vowed that tough action would be taken against the perpetrators, regardless of their religion.

A home ministry spokesperson said that the Border Guards Bangladesh (BGB) troops have been deployed in 22 districts across the country to stop the spread of violence.

The elite anti-crime Rapid Action Battalion (RAB) and the armed police were also ordered to be on guard with the BGB in 22 of the 64 administrative districts and elsewhere to contain any violence, he said.

Rumours on social media about the alleged desecration of a Quran in Cumilla on Wednesday sparked tensions and communal violence. 41 people were arrested following violence that reportedly left up to four dead and at least 60 injured.

According to media reports, three people were killed during clashes between Muslim bigots and the police at Hajiganj sub-district in Chandpur, bordering Cumilla on Wednesday while the fourth one succumbed to his wounds later.

Authorities enforced a ban on rallies in Haziganj where officials confirmed the deaths of four people in gunshots, adding that two others were critically injured in the clashes.

The police said that a couple of their officials were injured as the mob attacked them and vandalised their and local administrators' cars.

They, however, did not explain if the casualties were caused due to the police actions but media reports said that the police opened fire on a mob of over 500 people.

According to the officials, the police were alerted about an alleged blasphemy incident at a Durga Puja pavilion in Cumilla, about 100 km from Dhaka, after which a probe was launched.

However, violence erupted as bigots attacked temples in parts of Cumilla, neighbouring Haziganj, northwestern coastal sub-districts of Hatia and Banskhali while social media was used largely to instigate the communal tensions.

Hindu religious leaders called the violence as part of a plot to upset the Durga Puja celebrations and demanded action against the bigots and protection of Hindu temples and establishments.

The attacks on Hindu temples and Durga Puja pandals led to outrage in India, with the Ministry of External Affairs saying it was in close contact with Bangladeshi authorities.

Asked about the reported attacks on Durga puja pandals and temples in Bangladesh, MEA Spokesperson Arindam Bagchi said, "We have seen some disturbing reports of untoward incidents involving attacks on religious gatherings in Bangladesh. We note that the government of Bangladesh has reacted promptly to ensure control of the situation, including the deployment of law enforcement machinery."

"We also understand that the ongoing festive celebrations of Durga puja continue in Bangladesh with the support of government agencies and of course, a large majority of the public," he said at a media briefing.

While exchanging greetings with Hindu devotees at the Dhakeshwari National Temple PM Hasina, vowed that “appropriate action” would be taken against those who were behind the Cumilla incident, saying a “thorough investigation” was ongoing. “They must be found out. We did so in the past and will do it in the future too. They must face due punishment. We want such punishment so that none dare to do so [engage in communal incidents’ she said.

“Some people only use their intellect for evil and tend to ruin things when they are going very well. They try to create problems in the country at a time when Bangladesh is moving fast on the path of development,” she said.