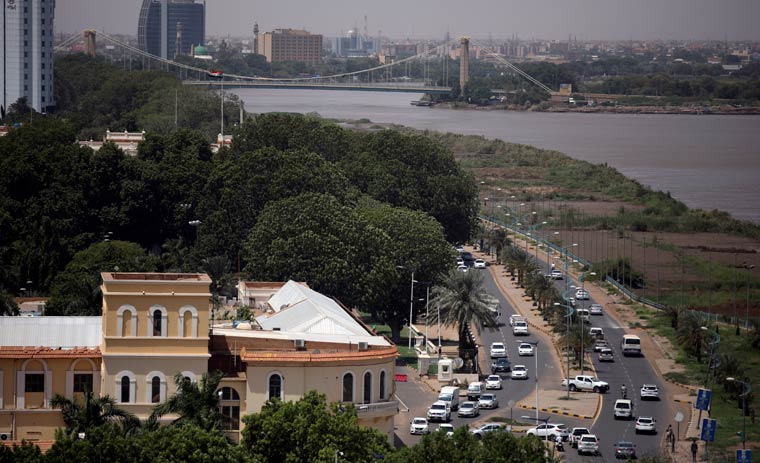 Traffic moves on a street in Sudan's capital Khartoum, Tuesday, Sept. 21, 2021. Sudanese authorities reported a coup attempt on Tuesday by a group of soldiers but said the attempt failed and that the military remains in control. The development underscored the fragility of Sudans path to democracy, more than two years after the military's overthrow of longtime autocrat Omar al-Bashir amid a public uprising against his three-decade rule | AP

Sudanese authorities reported a coup attempt on Tuesday by a group of soldiers but said the attempt failed and that the country's ruling council and military remain in control.

The development underscored the fragility of Sudan's path to democracy, more than two years after the military's overthrow of longtime autocrat Omar al-Bashir amid a public uprising against his three-decade rule.

Sudan's state-run television called on the public to counter" the coup attempt but did not provide further details.

All is under control. The revolution is victorious, Mohammed al-Fiky Suliman, a member of the ruling military-civilian council, wrote on Facebook. He also called on the Sudanese to protect the transition.

A military official said an unspecified number of troops from the armoured corps were behind the attempt and that they tried to take over several government institutions but were stopped in their tracks. He said they had aimed to seize the military headquarters and the state television.

The official, who spoke on condition of anonymity because he was not authorized to brief the media, said over three dozen troops, including high-ranking officers, have been arrested. He did not provide further details, saying that a military statement would be released shorty.

The state-run SUNA news agency quoted Brig. Al-Tahir Abu Haja, a media consultant for the military's chief, as saying that the armed forces thwarted the attempted coup and that all is completely under control.

The agency said all troops taking part in the attempt were detained and that investigations have started. It did not provide further details.

Footage circulated online showing troops and armoured vehicles deployed to main roads and intersections in the Sudanese capital, Khartoum. Security was also boosted at the military headquarters and other government buildings in the city.

Mohammed Hassan al-Taishi, a member of the sovereign council, called the attempt a foolish and bad choice.

The option of military coups has left us only a failed and weak country, he wrote on Twitter. The path towards democratic transition and securing the country's political future and unity remains one option.

Later, in a statement read on the state-run TV, Culture and Information Minister Hamza Baloul said security forces have arrested civilian and military leaders of the coup attempt, and that they have been interrogated after the military managed to get the armored corps camp south of Khartoum under control.

Baloul, who is also the government spokesman, said authorities were chasing others from the remnants of al-Bashir's regime who were suspects in orchestrated the attempted coup. He did not give further details.

Sudan has been on a fragile path to democratic rule since the military's ouster of al-Bashir in April 2019, following four months of mass protests. The country is now ruled by a joint civilian and military government.

The transitional government has been under increasing pressure to end wars with rebel groups as it seeks to rehabilitate the country's battered economy, attract much-needed foreign aid and deliver the democracy it promised.