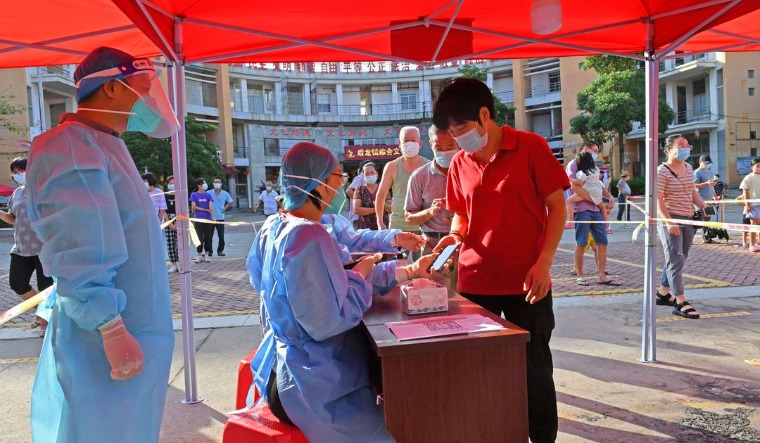 Beijing, on Monday, declared lockdown in Xiamen, China’s south-eastern Fujian province due to an outbreak of the highly transmissible Delta variant of COVID-19outbreak spread rapidly. At least 19 of the infected people are under the age of 12. A total of 32 new infections was reported on Monday. And 59 new cases were reported on Tuesday. The virus spread quickly in schools and factories. China’s vaccination campaign is yet to reach the under-12 category.

About a month back, China was successful in containing a Delta variant outbreak in Wuhan with mass-testing, regional lockdowns and flight suspensions. The lockdown prevents people from leaving their localities and all entertainment venues have been shut. Offline classes have been halted too.

Most of the cases have been traced back to an adult who returned from Singapore in early August.

Other nations in the Asia-Pacific region are treating COVID-19 as an endemic and altering protocol so as to minimise its spread but not cause social or economic disruptions.

70 per cent of China’s population has been inoculated.