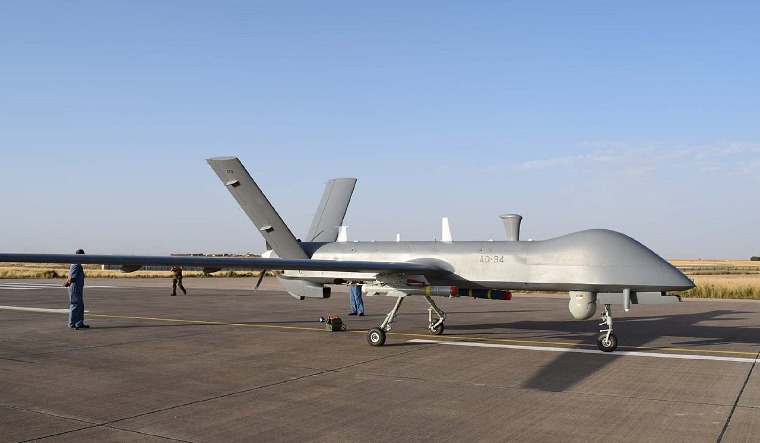 A CH-4 drone | Via Wikimedia Commons

Pakistan has been accused of deploying armed drones to support the Taliban assault on the National Resistance Front (NRF) in the Panjshir valley on Sunday.

The Taliban had claimed on Monday that it had taken complete control of the Panjshir valley, but the NRF denied the claim and declared it would continue fighting.

Tajuden Soroush, correspondent for UK-based Iran International, tweeted that Kamaluddin Nezami, governor of Panjshir, had told him that resistance positions "were bombed by drones several times". Soroush added the Taliban had dismissed the claims of Pakistani drone attacks on Panjshir as "completely false".

Babak Taghvaee, a defence analyst who has monitored the region extensively, tweeted Pakistan used CH-4 drones, supplied by China, to carry out missile attacks in Panjshir. Taghvaee claimed the drone attacks were responsible for killing Fahim Dashti, the spokesperson for the NRF.

Media reports in January claimed Pakistan had taken delivery of five CH-4 drones from China. The CH-4 can stay airborne for up to 30 hours and can carry anti-tank missiles to hit targets on the ground.

Saudi Arabia, UAE, Jordan, Iraq, Nigeria, Algeria, Egypt and Myanmar are other nations that operate the CH-4. Saudi Arabia and UAE have used the CH-4 in their operations against Houthi rebels in Yemen.