All you need to know about the upcoming California recall election

California, by and large has been a blue state 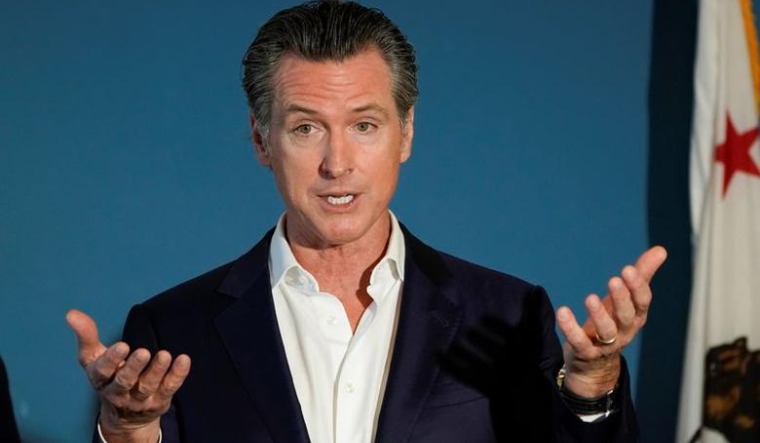 California Governor Gavin Newsom is facing a recall election, of which the last day to drop off the mail-in ballots and submit a ballot in person is September 14. This could result in him being replaced by a right-wing candidate even if he defeats them by a landslide in vote totals.

Newsom who is serving his third year in his first term as Governor of California is facing recall elections after a recall process was spearheaded by the conservatives who have blamed him for his handling of the pandemic and the economy. Several California citizens have got mail-in ballots and Newsom stands to be replaced by one of the 46 candidates running against him. He stands to be replaced even if he gets about 49 per cent of the votes.

Newsom does stand a fair chance in retaining his position as governor. Because, as per a CBS poll, his approval rating stands at 57 per cent and his handling of the pandemic is at 60 per cent. But, a defeat for Newsom could be a setback for the Democratic party, as California has by and large has been a blue state.

The process of the recall election seems pretty straightforward. If citizens want to keep Newsom on as governor, you vote a ‘no’ on the recall. However, if you have voted ‘yes’ on the first question, you get to choose from a list of 46 people—Republican politicians, reality stars and celebrities and chose to vote for one of them.

In 2003, Arnold Schwarzenegger became governor in a recall election to replace Governor Gray Davis. In the case of Newsom, the probable candidate who would replace him would be Republican Larry Elder.

Pro-Newsom campaigners are telling voters to leave the second question blank if they vote ‘no’ to the recall election. That is because, if the voter says no to recall, but votes for an alternative candidate, the vote gets split, and, could mean that Newsom would lose by a small margin. This is because, if 50 per cent votes ‘yes’ on the recall election, the candidate who gets the most votes on the second question, will be appointed governor. The stakes are quite high overall, as it means a massive waste of time, energy and taxpayer dollars, as Newsom is up for reelection next year.  Currently, 48.8 per cent of Californians want to keep Newsom on as the governor, but, 47.6 per cent of citizens want him removed.

Other notable candidates running against Newsom are John Cox, a wealthy Republican businessman and Kevin Faulkner, the mayor of San Diego.