Which nations are accepting Afghan refugees

The UK said that it would resettle up to 20,000 Afghans in the long term 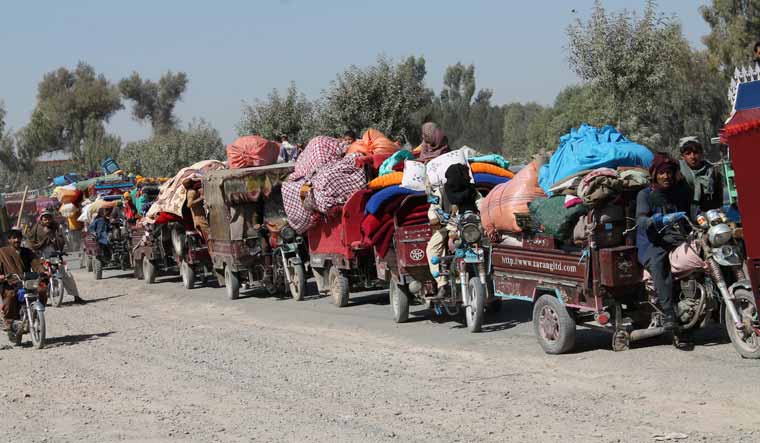 Co-founder and supreme leader of the Taliban Mullah Abdul Ghani Baradar, has returned to Afghanistan after 20 long years. The Taliban is gearing up to officially take control of Afghanistan. While leadership has promised amnesty and encouraged women to return to their workplaces, people are terrified. Several Afghan citizens, especially those who helped the US and its allies—for they might be hunted down by the Taliban as an act of revenge. So, now the big question remains as to what happens to those who have been forced to flee their homes over the years—where will the refugees go?

The US has said that it might issue up to 80,000 special immigrant visas to those who helped US personnel and troops on the ground.

Around 30,000 Afghans will soon be relocated to the United States, with some being temporarily housed at Fort Bliss in El Paso, Texas. Around 324 will be settled through Refugee Services of Texas’ offices in Austin, Dallas, Fort Worth and Houston.

At least 6,000 people have already managed to flee the country—most of them have flown out to middle-eastern countries before they can continue their journeys to western nations.

On Monday, about 640 Afghans were crammed into a C-17 jet, which is designed to carry 150 soldiers but can take 171,000lbs of cargo. Pilots were lauded for not forcing them off the planes, but taking them to Qatar.

The UK said that it would resettle up to 20,000 Afghans in the long term. Britain, a staunch ally of the US, sent 900 troops to bring back thousands of UK nationals including embassy staff.

The African nation of Uganda said that it would take in 2,000 refugees. Uganda is already home to the largest refugee population in Africa.

Canada said they would accept 20,000 refugees from Afghanistan including women, activists, government workers and anyone else who might be threatened. They will accept journalists, persecuted religious minorities, LGBTI individuals, and family members of previously resettled interpreters.

Albania said they would take in hundreds of refugees, whose ultimate destination is western nations and Tajikistan has said that it will accept 100,000 refugees. Iran said three provinces bordering Afghanistan to provide temporary refuge to those entering the country. Qatar has said that it would take in at least 8,000 refugees. The Indian  government is considering to grant refuge to religious minorities in Afghanistan like Hindus and Sikhs, while Macedonia said it would take around 450 civilians.

French President Emmanuel Macron said that France, Germany and other EU nations would put together a robust response to prevent irregular migration.