The fires in Antalya were continuing in two districts 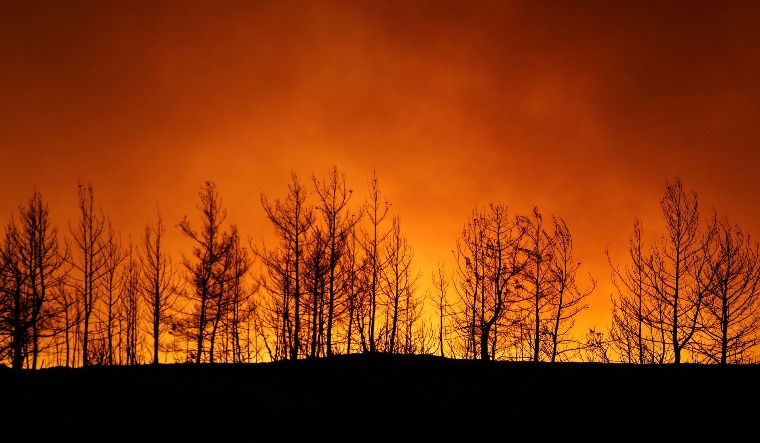 A forest fire burns near the town of Manavgat, east of the resort city of Antalya, Turkey | Reuters

More than 100 wildfires have been brought under control in Turkey, according to officials Sunday, as firefighters worked to battle blazes that continued in popular seaside destinations.

The Minister of Forestry and Agriculture, Bekir Pakdemirli, tweeted that five fires were continuing in the tourist destinations of Antalya and Mugla, while 107 fires were “under control.”

The fires in Antalya were continuing in two districts. In Mugla, they continued in the tourist destination of Marmaris, as well as other areas.

Turkish television showed fires had reignited after being extinguished earlier, with blazes and smoke approaching a village. Civilians were trying to help.

Fires were also encroaching on a village near the town of Manavgat, where helicopters were trying to extinguish blazes.

Panic-struck tourists were evacuated Saturday from some hotels in Bodrum as a fire rolled down the hill toward the seashore.

While Turkish authorities are investigating whether the fires may have started as an act of “sabotage” by outlawed Kurdish militants, experts mostly point to the climate crisis, as seen by the drastic increases in temperatures along with accidents caused by people.

A heat wave across southern Europe, fed by hot air from Africa, has led to wildfires across the Mediterranean, including in Italy and Greece.