US' China strategy in partnership with its friends, allies: White House 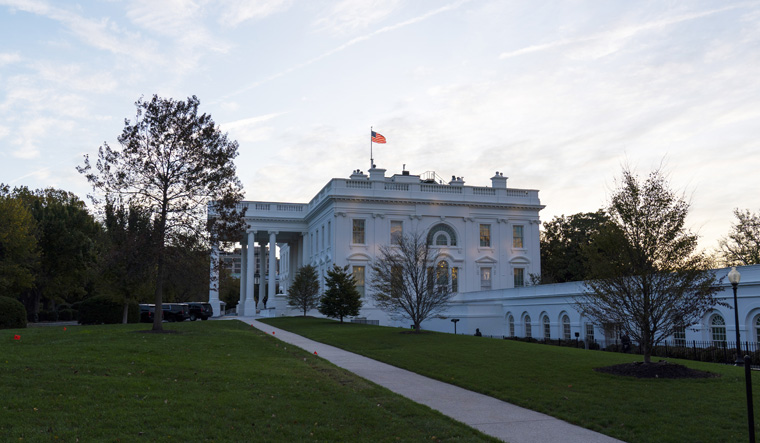 The Biden administration's China strategy is in partnership with the US' friends and key allies, the White House has said as several nations led by America accused Beijing of "malicious" cyber activities that are impacting a number of countries.

An unprecedented group of allies and partners - including the European Union, the United Kingdom, Australia, Canada, New Zealand, Japan, and NATO – joined the United States on Monday in exposing and criticising the Chinese Ministry of State Security’s malicious cyber activities.

“We have approached our China strategy from the beginning and our policy as it relates to China, we've always felt that working together, working in partnership with allies around the world, and also in partnership with members of the federal government, members of Congress from both sides of the aisle, was how we approached it from a position of strength,” she said.

“What's significant today is that while we're all calling out these malicious cyber activities, so are a number of our key partners around the world: the European Union, the United Kingdom, Australia, Canada, New Zealand, Japan,” Psaki said.

These “malicious cyber activities” are not only impacting the United States, but also a range of countries and partners, she said.

The US, she said would, of course, like to work with countries and work with our key partners around the world moving forward.

"Obviously, we can't determine steps and consequences on their behalf, but that is certainly our objective and how we've approached our strategy to date,” Psaki said in response to a question.

She refuted reports that the US was differentiating between China and Russia on this issue.

“We are actually elevating and taking steps to not only speak out publicly, but certainly take action as it relates to problematic cyber activities from China - in a different way, but as we have from Russia as well. We are not differentiating one as out of the realm of condemnation or out of the realm of consequence from the United States,” she said.

Psaki said the United States was not allowing any economic circumstance or consideration to prevent it from taking actions where warranted.

“We reserve the option to take additional actions where warranted as well. This is not the conclusion of our efforts as it relates to cyber activities with China or Russia,” she added.

Meanwhile, a federal grand jury in San Diego, California, returned an indictment in May charging four Chinese nationals and residents with a campaign to hack into the computer systems of dozens of victim companies, universities and government entities in the United States and abroad between 2011 and 2018.

The indictment, which was unsealed on Friday, alleges that much of the conspiracy’s theft was focused on information that was of significant economic benefit to China’s companies and commercial sectors, including information that would allow the circumvention of lengthy and resource-intensive research and development processes.

The defendants and their Hainan State Security Department (HSSD) conspirators sought to obfuscate the Chinese government’s role in such theft by establishing a front company, Hainan Xiandun Technology Development Co., Ltd. (Hainan Xiandun), since disbanded, to operate out of Haikou, Hainan Province.