A new round of Vienna negotiations has yet to be scheduled 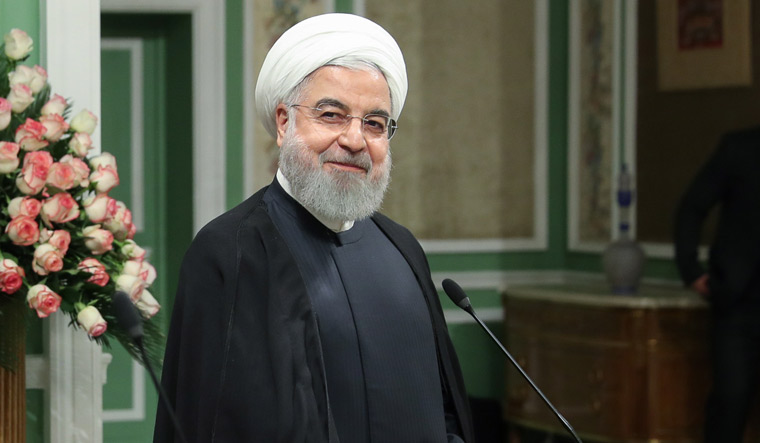 Iran's outgoing president on Wednesday warned his country could enrich uranium at weapons-grade levels of 90 per cent if it chose, though it still wanted to save its tattered nuclear deal with world powers.

President Hassan Rouhani's comments, carried by the state-run IRNA news agency, came as he also criticised Iran's wider theocracy for not allowing his government to reach a deal soon to restore the 2015 atomic accord.

Rouhani's powers have waned as the public soured on his government amid an economy suffering under US sanctions. But his remarks signal Iran could take a more belligerent approach with the West as hard-line President-elect Ebrahim Raisi is due to take office next month.

Speaking in a Cabinet meeting, Rouhani made the 90 per cent remark, a rare moment for him to suggest Tehran could take that approach.

Even if one day there is a need for 90 per cent enrichment for a reactor, we do not have any problem and we are able, Rouhani said, according to IRNA. "We can do anything in the peaceful path. The 2015 nuclear deal, which saw Iran gain relief from those crushing sanctions, limited Tehran's program to enriching only up to 3.67 per cent  enough to power a civilian nuclear reactor. It now enriches a small amount of uranium up to 60 per cent, a short step from weapons-grade levels.

Rouhani also complained that hard-liners outside of his relatively moderate government blocked its efforts to reach a deal in Vienna. For months, negotiators have been trying to find a way for Iran to return to the limits of the deal and for the U.S. to rejoin the accord from which then-President Donald Trump earlier unilaterally withdrew.

A new round of Vienna negotiations has yet to be scheduled.

Rouhani said he hoped Raisi's administration "will be able to finish the job. There is no difference if the current or next administration will be successful, but we are very sorry that nearly six month of opportunity has been lost," he said.