Xiang Xueqiu came to blows with a street cleaner in Seoul 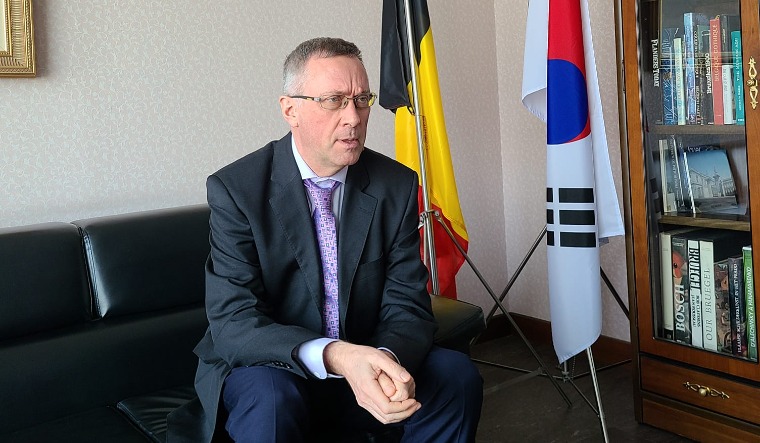 Belgium has faced diplomatic embarrassment in South Korea for the second time in four months this week. But the cause for this had little to do with national interest and diplomatic intrigue: The wife of its ambassador became involved in a fight, again, and this has resulted in him being recalled, again.

In fact, Belgium had recalled ambassador Peter Lescouhier in April after his wife, Xiang Xueqiu, hit two staffers of a clothing store in Seoul in April for accusing her of theft. In May, Belgium Foreign Affairs Minister Sophie Wilmès said the ambassador would be recalled in July in the “interest of bilateral relations".

Wilmès then claimed Lescouhier could no longer "perform his function in a serene manner". Wilmès even waived diplomatic immunity for the ambassador's wife, allowing authorities in South Korea to prosecute her. However, South Korean police did not press charges at the request of the clothing store staff.

South Korea's Yonhap news agency had reported, "The assaults allegedly happened when the employees mistakenly suspected the wife of having stolen clothes from the store, because she was wearing an outfit similar to what they were selling."

In the most recent incident, which happened on Monday, Xiang Xueqiu came to blows with a street cleaner in Seoul. The incident happened at a park in central Seoul. Xiang got agitated after the cleaner's broom apparently touched her. Yonhap reported, "Police said the two apparently traded blows, but when officers arrived on the scene, neither wanted the other punished. Xiang was taken to a nearby hospital after the cleaner shoved her to the ground. The cleaner later visited a police precinct to report that Xiang had slapped the sweeper in the face, and sought help on pressing charges."

Politico reported Wilmès has indicated the ambassador should “return to Belgium without further delay. Wilmès cited the responsibility of an ambassador to the host country and given our desire to maintain excellent relations with the Republic of Korea”.