Burnout at 100: China’s youth are fighting back against overwork culture

Chinese millennials are clapping back against CEOs who glorify overworking 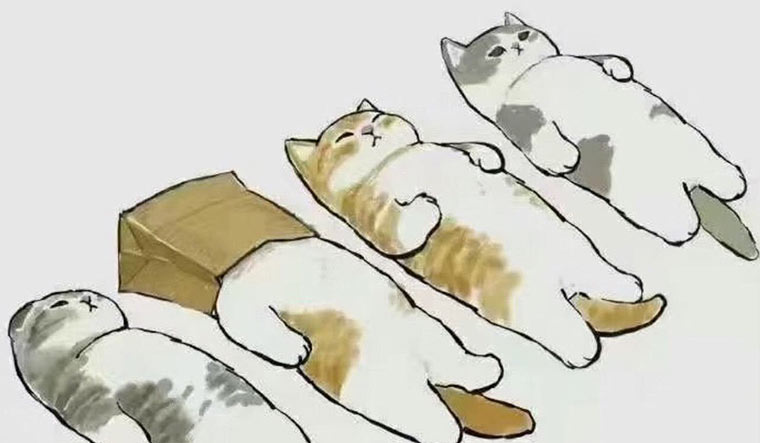 “Go home at 6pm without feeling sorry,” reads one of the would-be commandments of China’s famous 996.ICU document on Github. After 100 years of Communist Party rule, cryptic abbreviations and nicknames are part and parcel for Chinese netizens expressing their dissent online.

“996.ICU” unpacks to “Work 9am to 9pm, six days a week—end up sick in an ICU bed somewhere.” This abbreviation was made popular by a Github document created by disgruntled Chinese software workers, who went on to crowdsource over 200 examples of companies that had poor work conditions (and also a white list of firms that respected the 955 life – working 9am to 5pm, five days a week).

The 72-hour week may seem excessive by international standards—the International Labour Organisation recommends only up to 60 hours of work per week—but for many Chinese companies, it is mandatory. And for both employees and employers, glorifying the hustle adds additional pressure to those struggle to stick to the grind—996/007 plays with James Bond’s agent number to refer to those who work all, every day of the week. Alibaba CEO Jack Ma was among those who touted the 996 culture as a good thing, calling it a “huge blessing”.

However, China’s own labour law prohibits workers from having more than eight hours of work a day and 44 hours a week on average. But weak implementation of this law is prevalent—a Chengdu Economic Daily polll found that over half the respondents worked overtime every single day.

This, combined with work culture so strong that employees of ByteDance (which is notorious for its 996 culture) even voted in a company-wide poll against scrapping a policy that saw them add an extra day of work every alternate week for higher pay.

But, while international media reports often focus on the types of dissent that are barred from public circulation—such as mentions of the victims of China’s Cultural Revolution, or of the Tianenmen Square massacres, or Uyghur genocide—Chinese netizens have found their unsuppressed voice when it comes to protesting 996.

In the curious way that large protests have of mirroring each other across borders, June 2021 saw thousands of Chinese millennials post about “lying flat” against the culture of overwork. A year earlier, hundreds in the United States had protested by physically lying on the ground, against the killing of George Floyd. But in China, the lying flat protest was more mental than physical—they opt out of the rat race.

Reacting to that, some workers are choosing to “躺平" - basically the path of least resistance. Lie flat, do what you're told to do, and don't think too much more about it. pic.twitter.com/XjQEPCAa7g

A combination of pressures burdens Chinese youth. The one-child policy left many youth with the burden of supporting their whole families. A deeply ingrained competitive culture creates generations whose only aim is to ace the “Gaokao” exam system which encourages extreme study behaviour in order to score well in China’s highly contested national college entrance examination.

The “lie-flat protests” are just the latest ways Chinese youth are raising their voice against hostile work environments. The movement calls for young people to “lie flat” (tang ping) lifestyle—where they consciously make peace with earning less and consuming less so they can rest more.

A similar movement, called Sang Culture—which uses the Chinese term for feeling hopeless—saw netizens celebrate a form of ironic defeatism via memes and social media posts. A 2020 study of these memes noted that the posts were less about a form of dissent and more about an expression of the burdens Chinese youth felt they were placed under. Some of the lie-flat posts reflect a deep dissatisfaction with the pressures of capitalist life, with one post comparing Chinese people to indistinguishable hives to be harvested by Xi Jinping.

Icons of Sang culture can come from unexpected places. Russian fashion designer Vladislav Ivanov, who was consulting in a Tencent boy band competition show, was jokingly asked to take part. He joined with no real desire to win—but then found himself getting voted into the final rounds. The longer the spent on the show—which in many ways reflects the pressure Chinese youth face in terms of showing the pressure that boy band members can face—the less he wanted to be on it. He often begged the audience to stop voting for him, saying “Becoming a member of a boy band is not my dream as I can’t sing and dance...I hope the judges won’t support me. While the others want to get an A, I want to get an F as it stands for freedom,” the South China Morning Post reported him as saying on the show.

To this end, when he had to deliver a performance, he did so in the most impassioned way possible. This struck a chord with those who embrace Sang culture, who saw it as an act of malicious compliance.

Ivanov eventually got voted out in the finals—cheering his newfound army of supporters even more when he gleefully ran off the stage and into freedom. Many Chinese people appear to hope that they will get their own similar escape from the cruel reality show that is the daily grind.