Explainer: What you need to know about Ethiopia’s Tigray conflict

The cease-fire could calm a war that has destabilized Ethiopia 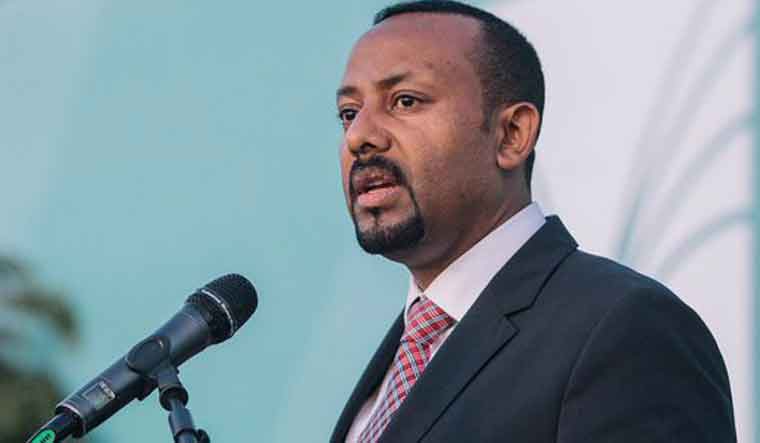 Ethiopia’s government on Monday declared an immediate, unilateral cease-fire in its Tigray region after nearly eight months of deadly conflict and as hundreds of thousands of people face the world’s worst famine crisis in a decade.

The cease-fire could calm a war that has destabilized Africa's second-most populous country, which has been seen as a key security ally for the West.

The cease-fire “will enable farmers to till their land, aid groups to operate without any military movement around and engage with remnants who seek peace,” Ethiopia' government’s statement said, adding that efforts to bring Tigray's former leaders to justice continue.

Ethiopia said the cease-fire will last until the end of the crucial planting season in Tigray. The season’s end comes in September. The government ordered all federal and regional authorities to respect the cease-fire — crucial as authorities and fighters from the neighbouring Amhara region have been accused of atrocities in western Tigray.

“The government has the responsibility to find a political solution to the problem.” the head of the interim administration, Abraham Belay, said in calling for the cease-fire, adding that some elements within Tigray’s former ruling party are willing to engage with the federal government.

The interim local government in Mekele chose to quit its posts as rebel fighters moved closer "from all sides", AFP reported.

UN Secretary-General Antonio Guterres said in a statement he had spoken to Abiy, adding: "I am confident that an effective cessation of hostilities will take place."

So far, at least one million civilians have been internally displaced and have fled to the neighbouring nation of Sudan.

The Tigrayan Defence Forces launched a series of counter-defensives during Ethiopia’s national elections that took place on June 21, which, Abiy Ahmed is expected to win.

The ongoing conflict-- bitter guerrilla warfare between The Tigray People's Liberation Front (TPLF) and the Ethiopia-Eritrea-Amhara alliance, has triggered a rapidly worsening humanitarian crisis. At least 350,000 people are on the brink of famine according to the UN, and 140,000 children "facing conditions close to starvation".

The TPLF was initially found in the 1970s, to push for Tigray’s self-determination. Currently, TPLF seeks to regain control of Ethiopia’s national politics and control its economy and natural resources.  PM Aiby Ahmed is the first non-TPLF state head in 30 years. After the TPLF ousted the military government of Mengistu Hailemariam in 1991, it enjoyed dominance in Ethiopian politics for 30 years. TPLF’s former leader TPLF’s former leader, prime minister Meles Zenawi was in power after Eritrea seceded from Ethiopia in 1993 till 2012. Several of the country’s intelligence and military heads came from TPLF ranks. Even prominent religious leaders came from Tigray.

The ultimate ‘push’ leading to the conflict was Tigray holding regional elections in defiance of the federal government in September 2020. The elections had been originally postponed due to the coronavirus pandemic. PM Ahmed said that the TPLF’s win in Tigray was illegal and he started withholding funds meant for social welfare programmes in Tigray.

The conflict between the two groups broke out on November 4 2020, after Prime Minister Abiy Ahmed ordered an offensive after a "traitorous" attack on federal army camps in Tigray, which Abiy said the TPLF were responsible for. The TPLF dominated Ethiopian politics for almost three decades before Abiy was sworn-in in 2018. The TPLF however, denied involvement in the attack.

Tigray is located in Ethiopia's northernmost region and is home to 7 million ethnic Tigrayan, the ethnic group that has a massive influence on Ethiopia’s national affairs.

On November 9 Ahmed ordered more airstrikes in Tigray and said that the operation will be over soon.

As a result of the conflict, tens of thousands of Tigrayans start fleeing to Sudan, which leads to mounting tensions between Sudan and Ethiopia.

After 10 days of conflict, the UN warns of possible war crimes in Tigray.

The neighbouring nation of Eritrea sent troops into Tigray to help Ahmed contain the situation. The troops were accused of committing atrocities on Ethiopians. Besides, the presence of the Eritrean troops is controversial as Ethiopia and Eritrea were involved in a bitter border war since 1998, that ended after Ahmed became Prime Minister in 2018. Brokering peace between the two nations is what helped him win the Nobel Peace Prize. And while the Ethiopian government denied the presence of the Eritrean troops, Ahmed announced in March that the Eritrean troops would withdraw from Tigray.

PM Abiy Ahmed also suggested that Eritrean troops may have been involved in atrocities against civilians.

On November 28, at an African Union meeting, Ahmed rejected dialogue with the rebels and said that he does not ‘negotiate with criminals’. Ahmed’s government in the meantime warned the people of Tigray to distance themselves from the rebels or they too would face consequences.

In February 2021 Amnesty International accused Eritrean soldiers of ‘ethnic cleansing’ and said they killed "hundreds of civilians" in November in the holy city of Axum in Tigray. In December, a massive massacre was reported in Dengolat.

In February 2021, US Secretary of State Antony Blinken urged Eritrean troops to withdraw from the region.

Just over a week later Ethiopia says Eritrean troops have "started to evacuate" Tigray but on April 15 the UN says there is no evidence of withdrawal.

On April 15, the UN’s top humanitarian official Mark gives an assessment of the events on the ground, calling the “reports of systematic rape, gang rape and sexual violence … especially disturbing and alarmingly widespread”.

On April 22, the UNSC called for “a scaled-up humanitarian response and unfettered humanitarian access” to address the humanitarian needs of people in the embattled region. The UN has reported that at least thousands of people have been killed in the conflict and at least 4.5 million are in need of food assistance.

It is quite likely that the Prosperity Party founded in November 2019, will win the elections and Ahmed might be sworn in as prime minister once again. Analysts say Ahmed has ensured that the opposition is weak. There is a division within the Oromo Liberation Front, one of the oldest parties that sided with the cause of the Oromo people. If Ahmed is restored to power, his next step would be to rebuild the nation, engage in dialogue, starting with his own constituency of Oromia and the conflict-ridden region of Tigray. Ahmed should look to address the roots of fear, mistrust, and violence that could be a threat to the nation's integrity. Or, Ahmed could take on a more authoritarian course to reestablish a state of law and order and a sense of security among the masses.