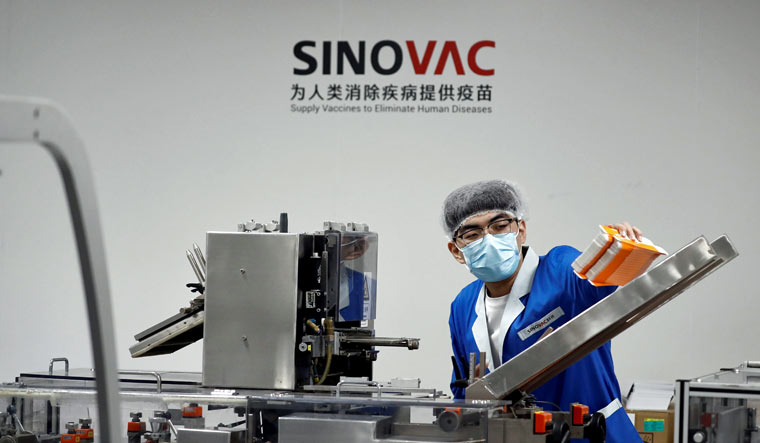 Countries, including Bahrain, Mongolia, the Seychelles and Chile, where Chinese-made COVID vaccines were widely used for inoculation programmes, are seeing a surge in the rate of infections. This is, despite the countries getting about 50 to 68 per cent of the populations fully inoculated, higher than the rates of the US and Israel, reported NYT.

All the four countries commenced ambitious vaccination drives with Chinese vaccines, even when the world went about debating the efficacies of different vaccines, with a dream of getting first to a coronavirus-free lifestyle. However, in a setback to their dreams, all the four countries are now battling a surge in infections.

According to data from The New York Times, all four ranked among the top 10 countries with the worst Covid outbreaks as recently as last week. And all four are mostly using shots made by two Chinese vaccine makers, Sinopharm and Sinovac Biotech.

The daily confirmed cases in the Seychelles, which relied mostly on Sinopharm, that number is more than 716 cases per million. Interestingly, Chile is one of the countries where Lambda, declared as a new variant of interest by the WHO last week, is spreading rapidly. It accounted for 32 per cent of all submitted sequences in the preceding 60 days in Chile.

The report said that in Indonesia, where a new variant is spreading, more than 350 doctors and health care workers recently came down with Covid-19 despite being fully vaccinated with Sinovac. Across the country, 61 doctors died between February and June 7. Ten of them had taken the Chinese-made vaccine, the report said, quoting local medical associations.

More than 90 countries are using Covid shots from China. Experts say recent infections in those places should serve as a cautionary tale in the global effort to fight the disease.