WHO adds new Lambda COVID strain as 'variant of interest'; what we know so far

Lambda is now prevalent in as many as 29 countries, mostly in South America 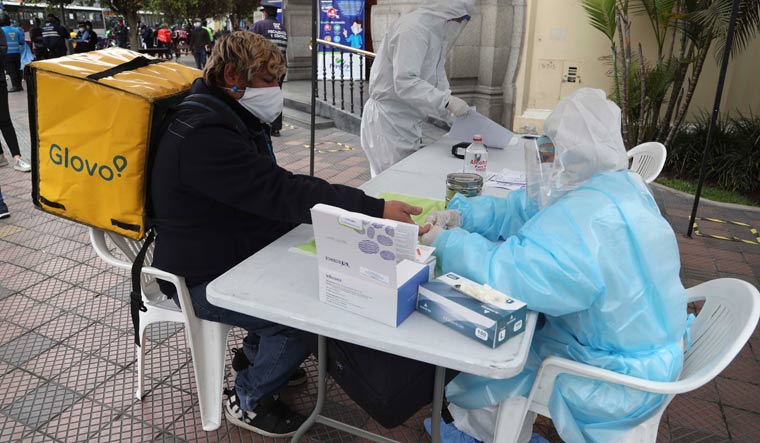 The WHO has added a new variant called Lambda to its list of variants of interest. The Lambda Covid-19 variant, which was first detected in August last year, accounts for around 81 per cent of the cases reported since April in Peru, according to WHO.

It is believed to have originated in South America and is now prevalent in as many as 29 countries, mostly in South America. The lambda variant has been detected by scientists in the region, including in Chile, Peru, Ecuador and Argentina, thanks to increased genomic surveillance.

In Chile, it accounted for 32 per cent of all submitted sequences in the preceding 60 days. It is only outclassed by the Gamma variant that was first identified in Brazil. Other countries such as Argentina and Ecuador have also reported elevated prevalence of the new variant.

According to a report by Xinhua news agency citing World Health Organization officials, the Lambda Covid-19 variant has been dubbed a global 'variant of interest' due to its elevated presence in South America.

WHO is monitoring more than 50 different Covid variants, but not all become enough of a public health threat to make its formal watchlist. The lambda variant has multiple mutations in the spike protein that could have an impact on its transmissibility, but more studies are needed to fully understand the mutations.