Who was Frank Kameny, the man Google honoured with a Doodle marking Pride month 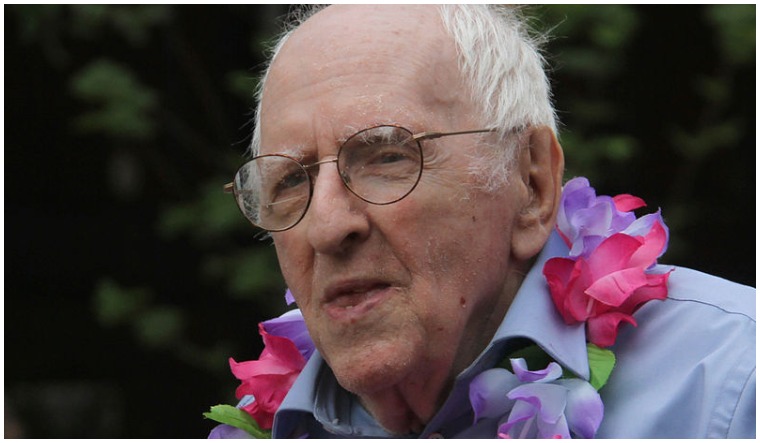 Google Doodle, to mark Pride month, celebrated American gay rights activist Frank Kameny. Kameny was one of the most prominent figures of the US LGBTQ rights movement. Born in Queens, Edward Kameny was an astronomer and veteran. Kameny studies physics at Queen College.

Kameny, who died in 2011, served in the Army throughout World War II in Europe. Kameny holds a doctorate in astronomy from Harvard University. Kameny also taught at the Astronomy Department at Georgetown University for a year.

In 1957 Kameny was employed with the Army Map Service as a US government astronomer but was fired months later for being gay. He contested the firing till the Supreme Court. In the early 1970s, Kameny was among the first to challenge the American Psychiatric Association's classification of homosexuality as a 'mental disorder'.

Kameny in the 1960s organised the first gay rights protests outside the White House. He also organised one of the country’s first gay rights advocacy groups. In 1975, the Civil Service Commission reversed its ban on LGBTQ employees.

Here are a couple of quotes by Kameny:

“The person who really needs the psychotherapy (…) is not the homosexual youngster who gets dragged to the psychiatrist’s office by his mother, but the mother, to relieve her anxieties about his homosexuality.”

“As I have been saying for nearly a year, the law needs to be changed to allow the gay businesses to move to another part of the city.”

Kameny, in 1971, was the first openly gay candidate to run in the District of Columbia’s first election for a non-voting Congressional delegate. Kameny lost the contest, after which his campaign organisation created the Gay and Lesbian Alliance of Washington, DC, an organization that continues to lobby for equal rights.