'Obama definitely did not think Trump was qualified to be President' 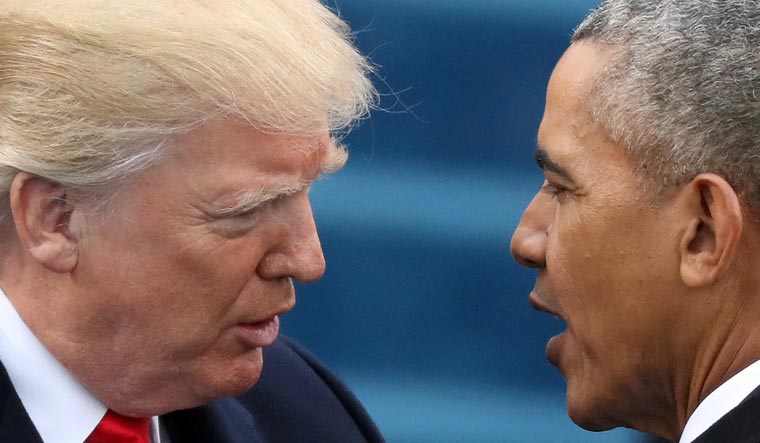 An upcoming book by Atlantic staff writer Edward-Isaac Dovere, Battle for the Soul, promises to lift the lid on former President Barack Obama’s real views on his successor Donald Trump.

While ex-presidents are expected to maintain their decorum and do not usually criticise their successors, Obama in private conversations was far more forthright about his views on Trump, who he reportedly called a “f***ing lunatic” and a “racist, sexist pig”.

“Obama definitely did not think Donald Trump was qualified to be president. He had a very cautious approach in public to what he said about Trump. But people would push him,” Dovere said in The Atlantic. The reporter said Obama would occasionally react to Trump when he made the news; when Trump invited the Russian ambassador to the Oval Office, Obama reportedly called him a “corrupt motherf***er”.

Trump had been a long-standing critic of Obama, leading the calls for the then-presidential nominee to release his birth certificate, amid a false allegation that Obama was not born an American.

The book’s publishers, Penguin Random House, say it will tell the story of how the Democrats mounted their campaign to regain control of the White House, promising several fly-on-the-wall recounts of how Democrats reacted and planned to ensure Trump was not re-elected.

In the interview with The Atlantic, Dovere says Biden’s final decision to run for president came after the 2017 Charlottesville incident when a white supremacist rally led to three deaths and dozens of injuries. Then-President Trump refused to condemn the supremacists, which included members of the Ku Klux Klan and various neo-Nazi groups, saying there were “very fine people on both sides”.

“After Charlottesville, he felt like somebody had to beat Trump. This wasn’t a question anymore,” Dovere said.

Battle for the Soul: Inside the Democrats’ Campaigns to Defeat Trump, is slated to be published on May 25.