'The Imran I knew used to say, "Put a veil on the man's eyes, not on the woman." 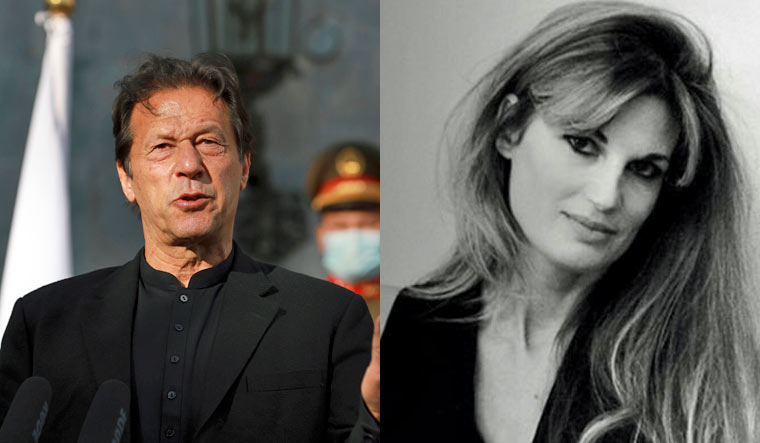 The former wife of Pakistan Prime Minister Imran Khan, Jemima Goldsmith was among people who hit back at Khan who said wearing a veil will protect women from sexual assault and not lead men into temptation.

The cricketer-turned-politician said, an increase in rapes indicated the "consequences in any society where vulgarity is on the rise"

Jemima Goldsmith in a tweet wrote, “I'm hoping this is a misquote/ mistranslation. The Imran I knew used to say, "Put a veil on the man's eyes, not on the woman."

Khan, who had the reputation of being a womanizer when he was a cricket star, became devoutly religious after he turned to politics. Khan on the live tele-chat streamed by state-owned Pakistan Television also attacked Hollywood and Bollywood, called them purveyors of obscenity and vulgarity, that contributes to high divorce rate and break up family units.

Goldsmith, in another tweet, quoted the Quran. She wrote, “Say to the believing men that they restrain their eyes and guard their private parts." Quran 24:31 The onus is on men.” Her tweet has been liked and shared by thousands. The British screenwriter then tweeted, correcting the previous tweet and wrote, “And yes, yes 24.30. You get the point.” Goldsmith and Khan had been married from 1995 to 2004.


Pakistani rights groups are criticizing Khan for the remarks he made on the show. Information Secretary Marriyum Aurangzeb has asked Imran Khan to apologise over his remarks about rape

"Not only does this display a baffling ignorance of where, why and how rape occurs, but it also lays the blame on rape survivors," said the Human Rights Commission whose chairperson Hina Jilani is a member of The Elders, a group formed in 2007 by Nelson Mandela. The commission has demanded an apology from Khan and a commitment that the government would tackle rape "as an act of violence, of power."

"If our religion gives us the concept of observing veil, then there is some philosophy behind it and the philosophy is to save the family system and to protect the society from such things," said Khan, who is Oxford-educated.

In September 2020, a woman was gang-raped in front of her children, after her car broke down on a deserted highway. A police official said, why was the woman travelling without a male companion, not checked her gas gauge and not chosen a busier road for her journey. This comment too received backlash from rights groups and activists, but the police officer wasn't censured.

Last year, a Muslim cleric has said that the coronavirus had been unleashed because of the wrongdoings of women. Khan faced backlash after failing to challenge this claim.
Victims of rape and sexual abuse are often viewed with suspicion in Pakistan, a deeply conservative nation.