Nearby residents helped put out the fire before firefighters arrived 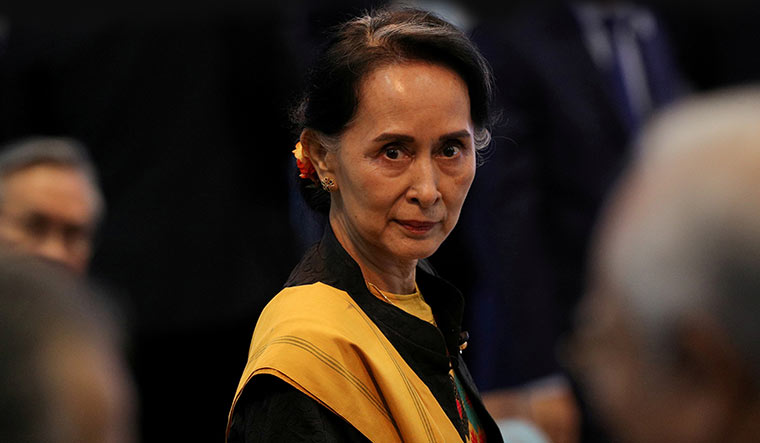 Myanmar has been in a state of disarray ever since a coup ousted Suu Kyi and detained her and several other leaders of NLD. The attack that took place ta 4 am on Friday caused a fire. Nearby residents helped put out the fire before firefighters arrived. "When the residents nearby knew about the fire, they called the fire service department to put it out... it was under control by around 5 am," Soe Win, an NLD member in charge of the headquarters, told AFP.

Win also said: "We have to file a complaint to the police... We do not know who did this, but it is not good at all.” Some of NLD leaders have gone into hiding ever since the coup on February 1. Last month, soon after the raid, military forces raided the NLD’s headquarters and took possession of documents and computers.

Protestors have been taking to the streets, demanding Suu Kyi’s release. So far, 320 people have died in clashes between protestors and security forces. The military leaders have insisted that results of the elections, that the NLD won by a landslide in November are fraudulent. In an attempt o stem flow of information, the military has been restricting internet access. The military junta have also cancelled licenses of five media organisations.

The impact of the protests is already being felt by the common man— fuel and food prices have gone up, undermining the power of those in lower income groups to buy food.