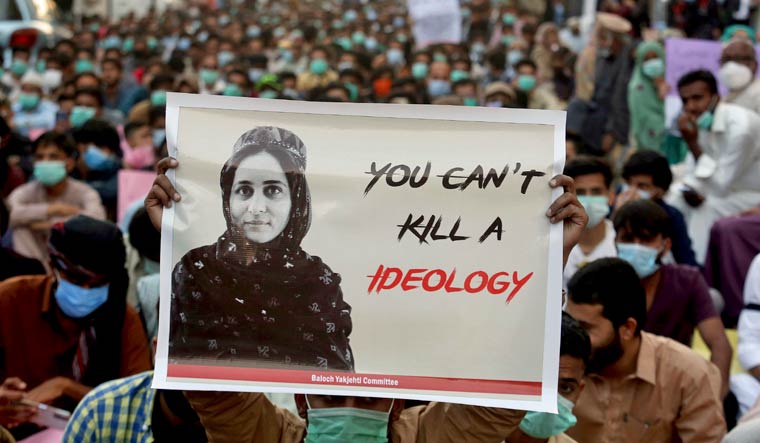 Four women working for a local non-government organisation were killed and a man was seriously injured when unknown gunmen ambushed their car in Pakistan's restive Khyber Pakhtunkhwa province on Monday, police said.

The incident took place in Eppi village of Mir Ali tehsil in North Waziristan district, near the Afghanistan border. No group has claimed responsibility for the attack.

The victims worked for Sabawoon Charity, which trains women to run small-scale businesses and spreads awareness on rights, police said.

The driver was critically injured in the attack. He has been shifted to the Tehsil Headquarters Hospital. The deceased and the injured belong to Bannu district of Khyber Pakhtunkhwa.

A fifth woman was also in the car at the time of the shooting. However, she had a miraculous escape as she managed to jump out of the vehicle and hid in nearby houses.

Police said investigation is on in the case. No arrests have been made so far. Onlookers said the militants had escaped into the hillside jungle.

Meanwhile, the Human Rights Commission of Pakistan has condemned the attack. "HRCP condemns the killing of four women social workers in #NorthWaziristan. The state must bring to book the perpetrators of this heinous crime. The re-emergence of terror groups in the area is a matter of grave concern," the independent non-profit organisation said.

"It is the responsibility of the authorities to protect the lives and property of citizens at all costs. HRCP shares the grief of the families and colleagues of the four women who lost their lives," the commission added.