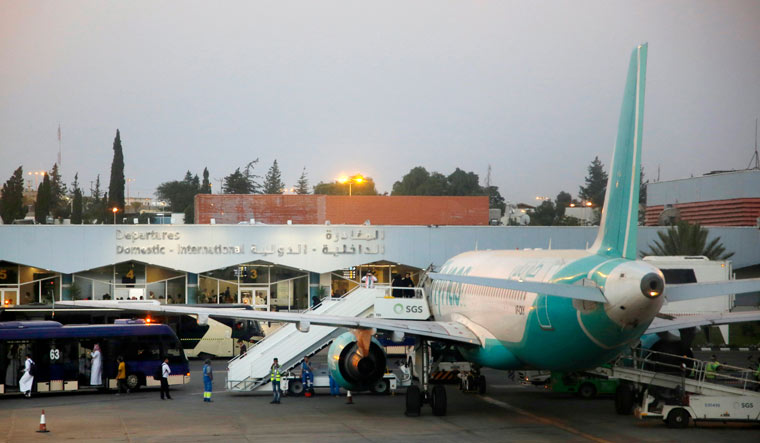 The Saudi Arabia-led Arab coalition has said the Houthi rebels it is battling in Yemen have attacked the Abha airport in Asir. As a result of the attack, a civilian plane caught on fire.

Calling the attempt to target a civilian airport a “war crime”, the coalition spokesperson Turki Al-Malki said, "We are taking the necessary measures to protect civilians from the threats of the Houthis.”

The fire was later extinguished. The announcement comes after Saudi state TV claimed the coalition had intercepted and destroyed two armed drones launched by the group towards Saudi Arabia.

Abha is located just over 100km from Yemen.

“This targeting comes in response to the continued aerial bombardment and the brutal siege on our country,” Sareai said, noting that the Houthis consider the airport a military not civilian target.

At least two Airbus A320s flown by the Saudia, the kingdom’s flag carrier, were on the ground at Abha on Wednesday afternoon, according to the flight-tracking website FlightRadar24.com. Another Airbus A320 on the ground there belonged to low-cost carrier FlyADeal. Both airlines did not immediately respond to requests for comment.

In September 2019, the Houthis claimed to have been behind a drone attack on the Saudi Aramco oil processing facilities at Abqaiq and Khurais—located well over 700km from Yemen. Saudi officials in turn accused Iran of support the attack, saying it originated from the north and east of the area, and that it was of Iranian make.

Those attacks caused Saudi oil production to fall by half and destabilised global oil markets.

The latest attack comes less than a week after US President Joe Biden announced he was withdrawing US support for the Saudi coalition, which is accused of sparking one of the world’s worst humanitarian crises in Yemen, a largely-impoverished nation.