US: In Texas, Trump supporters and lawmakers threaten secession if Biden win is certified 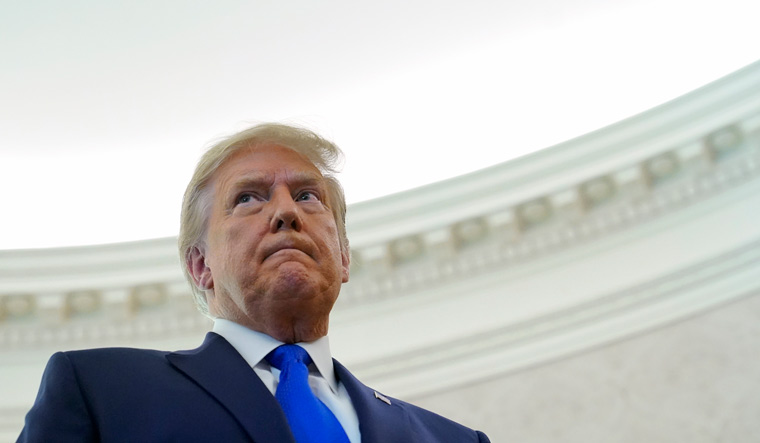 After the US Supreme Court rejected Texas' bid to throw out voting results in four key states that president-elect Joe Biden won in November's presidential election, the Texas Republican Party issued a statement raising the spectre of secession. “Perhaps law-abiding states should bond together and form a union of states that will abide by the constitution,” said party chairman Allen West. He said the court's order had established "a precedent that says states can violate the US Constitution and not be held accountable". Trump and his allies have been claiming voter fraud in the November polls.

A Texas lawmaker even announced plans to introduce a referendum pushing to secede from the US. Republican lawmaker Kyle Biedermann said in a statement, according to Fox News: "The federal government is out of control and does not represent the values of Texans. That is why I am committing to file legislation this session that will allow a referendum to give Texans a vote for the state of Texas to reassert its status as an independent nation.”

The US Supreme Court had earlier rejected a lawsuit seeking to overturn the results of the presidential election in several key battleground states won by Joe Biden, effectively ending President Donald Trump's bid to challenge the outcome of the November 3 polls. The Supreme Court on Friday rejected a bid from Texas' attorney general, and backed by Trump, to block the ballots of millions of voters in battleground states of Georgia, Michigan, Pennsylvania and Wisconsin that went in favour of president-elect Biden, who won 306 electoral seats in the polls. Only 270 seats are required for winning the race to the White House.

The election results will be formally certified next week by a 538-member electoral college.

The 'secession' statement raised hackles within the Democratic Party. There are increasing calls to sanction the lawmakers who supported the same, and to exclude them from the Congress, citing Section 3 of the fourteenth amendment of the US Constitution.

House majority leader Steny Hoyer said the Supreme Court's decision should put an end to Trump's attempts to overturn the results of the presidential election that he lost. The results are clear, there was no widespread fraud, and Joe Biden is the next president of the United States, he said. "The 126 Republicans who signed on in support of this case should be ashamed of themselves for putting their own political interests before the interests of our nation, the Constitution, and our democratic principles," Hoyer said.

Supporters of President Donald Trump announced they will stifle Washington on Sunday with a pair of rallies. The rallies come a month after a pro-Trump demonstration that drew at least 10,000 people to the capital. The day began with Trump thrilling his supporters by driving by in his limousine and ended with scattered clashes between Trump supporters and local activists. Sunday's rallies are meant as a show of force just two days before the electoral college meets to formally elect Joe Biden as the next president.