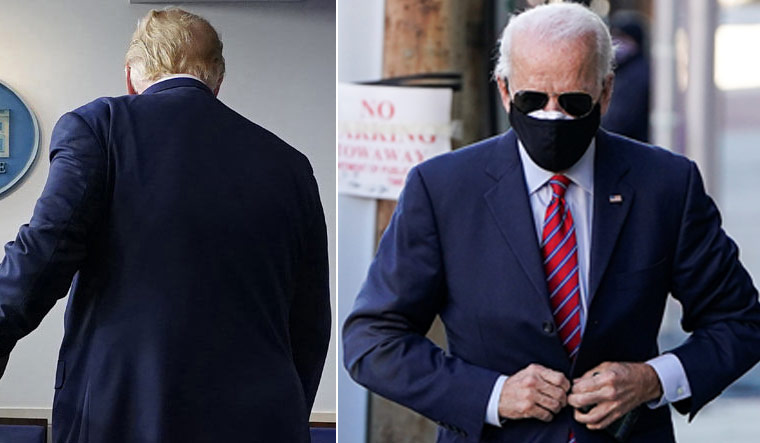 Losing a presidential election is not a pretty thing, but Donald Trump’s loss of the U.S. presidency to Joe Biden has been downright ugly, with myriad legal challenges at every municipality, state, and federal level possible and an accompanying over-the-top public campaign of accusations of fraud and election “steal” by the Democrats; a campaign that has failed to present any evidence in court.

As a result, America has been put through a series of recounts, challenges, and legal skirmishes, each designed to throw out the results of the election and validate Trump’s repeated Twitter claims that he had won the election. But every time these claims have been defeated has only validated the Biden-Harris win of the White House.

Every recount. Every attempt to stop state certification of electors. Every lawsuit dismissed or withdrawn—and there are more than 30 of them—has amounted to a Biden election victory, again.

Late Monday in Washington time, 21 days after the election and after a 16-day tortured standoff following Biden being declared the winner, the U.S. General Services Administration’s Trump-appointed administrator, Emily Harris, ascertained that Biden is the likely winner of the election. This was of no small significance because the move allows the federal government to functionally acknowledge the Biden victory, finally and officially opening up the flow of millions of dollars and access to federal office space as well as resources like the use of FBI and other agencies to help set up the new government.

The required “ascertainment” had always been a routine procedural move—until Trump politicized it. This left the incoming Biden team working out of living rooms and around a lack of money and resources needed to mount a transition, a process that normally takes from election day until inauguration on January 20—one that can cost up to $12 million.

At Trump’s direction, Republicans filed 36 lawsuits in 6 swing states in an attempt to change the election results at the state level or fast-track the legal process to the U.S. Supreme Court, where Trump has repeatedly mused he would win, perhaps counting on the loyalty of Republican-appointed justices, three of which were appointed by him.

But, these lawsuits have been repeatedly dismissed at their first pleadings due to their lack of evidence, each instance handing Biden the overall victory.

To be sure, Biden has had to win the crucial state of Georgia three times after Trump requested recount after recount of its five million votes, demanding a recount by hand and verification of each signature in mail-in votes. The process completed, Biden still won by a margin of 12,670 votes.

In Wisconsin, Trump asked for a recount in two of the largest-population counties, but it is not going well. His supporters have been objecting to every ballot and have created such a raucous that they have had to be escorted out of the premises by sheriff officials.

As of Monday, most Pennsylvania counties had certified their election results, with Biden leading in the state by over 80,000 votes.

The lawsuit strategy that has worked for Trump all his life, has not worked in stopping the election process. He and his team have made earth-shattering accusations of fraud that supposedly flipped 7,000,000 votes from Trump to Biden—conveniently enough to overcome Biden’s 6,000,000+ popular vote win.

But, in America, what counts are Electoral College votes. And Biden has beaten Trump there by a margin of 306 to 232, the exact margin of Trump’s victory over Hillary Clinton, which he has repeatedly touted as a “landslide.” To claim victory, Trump has hoped to stop certifications in enough states to swing the election in his favour, or at least to deny Biden the needed 270 electoral votes by questioning his win in crucial swing states.

Later on Monday, however, Trump's attempts to stop certification in Michigan failed, as the state certified a Biden victory, and Trump lost the election, again.

But, this time the loss had the weight of denying Trump the mathematical possibility of impeding Biden from reaching the 270 electoral votes.

In the end, it turned out that it was Republican-cherished state sovereignty that decided the election was over and it was time to move on. Enough states had now voted to elect Biden and certified their vote, despite all of Trump's roadblocks.

It is not that Trump has not tried, in fact, he has thrown everything and the kitchen sink at the election results, including a brazen attempt to subvert the cherished American democratic process.

Trump shocked America and its admirers by attempting to influence state legislators in the state of Michigan to deny certification of the Biden lictory or at least send in a set of alternate electors designed to throw the election to the House of Representatives, where, theoretically, a Republican majority of delegations would hand Trump a victory.

The Machiavellian move failed when Michigan state legislators invited to the White House refused to go along with the Trump trail of thought by breaking state law and voting against the will of its voters. Biden won Michigan by over 150,000 votes.

The late Monday ascertainment by the GSA is doubly significant because it represents the first official acknowledgement by a branch of the Trump administration that Biden has, in fact, won the election.

Trump’s attempts to prevent any acknowledgement of a Biden victory has included threats to fire government employees who referred to him as president-elect or began looking for a new job. Those were not empty threats. Trump fired his U.S. election cybersecurity chief after he announced the election was “the most secure in American history”, an assertion at odds with Trump’s so-far unsubstantiated claims of massive fraud everywhere.

“What does GSA being allowed to preliminarily work with the Dems have to do with continuing to pursue our various cases on what will go down as the most corrupt election in American political history? We are moving full speed ahead. Will never concede to fake ballots & ‘Dominion’,” tweeted Trump after the announcement. But, the machinery of power was not paying much attention. The transition is now moving at high speed.

There are still opportunities for Trump to try to stop the process, and most pundits agree Trump is likely to use every last one of them. But, more than producing a Trump victory, every step is likely to highlight even more serious, and potentially fatal flaws in the American democratic process and its legal and constitutional safeguards.