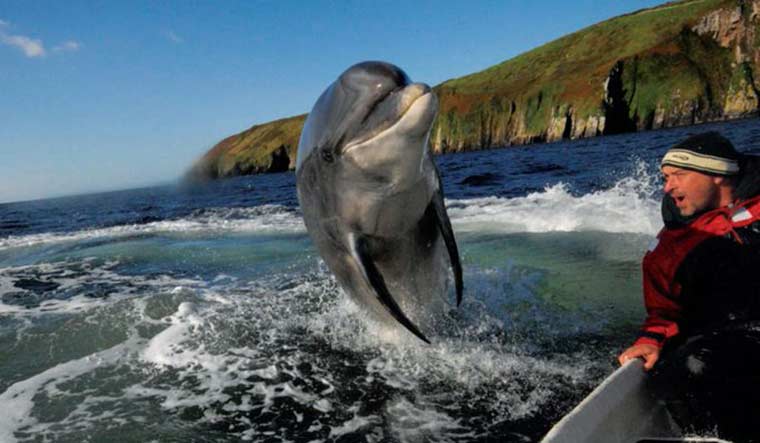 For at least 37 years, the friendly common bottlenose dolphin ‘Fungie’ was a staple of the Dingle harbour in Ireland’s southwestern coast. In 2019, he was declared the oldest solitary wild dolphin in the world by Guinness World Records.

But, in October, Fungie went missing, sparking nationwide concern for his whereabouts and wellbeing. However, on Tuesday, RTE reported that Dingle’s boatmen fear the “strong likelihood” that Fungie is dead, after dolphin had been missing for a week.

Though the usual lifespan of a dolphin is under 50 years of age, experts told RTE that Fungie may may had headed out to sea to feed.

Some wonderfully nostalgic footage of the early days of Fungie here... might give a sense of the affection the local community has for this special dolphin. https://t.co/yKVKMKIGvx

You can see an old lighthouse keeper, Paddy Ferriter, describe Fungie’s mannerisms in this video, filmed by Zari productions in 1991.

This is wonderful storytelling by Paddy Ferriter, the old Lighthouse keeper and the first to spot Fungie in Dingle harbour in 1983. The speech, the mannerisms, the eyes... Paddy had it all.
Filmed by Zari productions in 1991. pic.twitter.com/3hM9GouUcV

Locals say there was much grá (Irish for love) for the dolphin.

What other Country can say they had a beautiful dolphin for 37+yrs who wasnt held captive& who loved human interaction more than any other wild animal😥Fungie an integral part of Éire the last 40yrs its devasting that hes gone.Hope you come back Fungie! Thank u for the memories💔 pic.twitter.com/GxFwPMTDy1

Known to dance and frolic in the water around humans, Fungie left many with fond memories of him.

We still hope for the return of Dingle’s most famous resident! But, if this is goodbye to #Fungie, his decades of love and friendship mean he will always remain in our hearts. Share your best memories of Fungie with us. #FillYourHeartWithIreland 💚🐬 pic.twitter.com/fxmuQJJ57i