Marin in a pic can be seen wearing a black blazer with pants, but nothing underneath 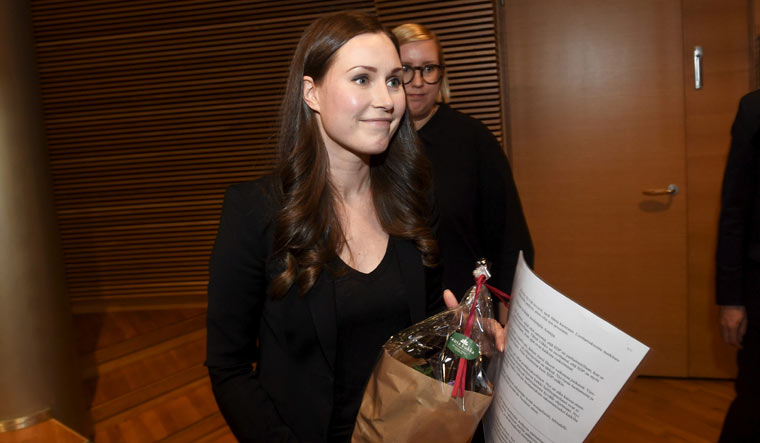 Finland Prime Minister Sanna Marin’s image of her wearing a black blazer with nothing underneath has sparked a debate on sexism. The image was from a photoshoot Marin did for Trendi magazine. The 34-year-old leader was pictured wearing a necklace and blazer. The caption to the image called her a role model and described her as having nerves of iron. It included a quote from Marin that read, “Clearly, these years are leaving their mark. This is not an ordinary job or a normal life but heavy in many ways.”

Mari Paalosalo-Jussinmäki, director of women's media at A-lehdet magazine group—publisher of Trendi—told CNN that there was an "enormous" backlash against the photoshoot and the cover story in Finland. Politicians and people are divided in opinion, with some praising the prime minister, while some were calling the image inappropriate. Several women have posted images similar to that of Marin—in a blazer or a shirt, with nothing underneath, with the hashtag: #imwithsanna. “Regardless of our work and our roles in society and politics, all too often we are judged by our appearance. Sexist and misogynistic attacks continue unchecked,” one Instagram user posted. “Just let women be fabulous,” read another post.

Aki Pyysing, a Finnish entrepreneur, mocked Marin’s cleavage and claimed she was “attention-seeking”.

Some social media users pointed out that Russian President Vladimir Putin posed topless for a photoshoot without suffering the same outcry and former Australian prime minister Tony Abbot was frequently snapped in swimming trunks, but faced no backlash from the public.

Paalosalo-Jussinmäki told CNN that many critics felt angry that the prime minister was being featured in a lifestyle magazine as the government deals with the coronavirus pandemic. In the story, Marin talks of the demands of her work, exhaustion and the difficulty of balancing work and family life.