China has begun to amass huge forces, India needs US as ally: Pompeo 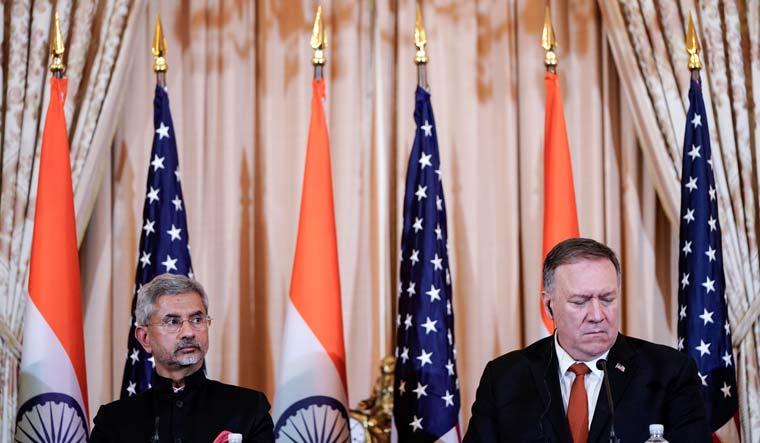 US Secretary of State Mike Pompeo on Friday batted for close ties with India amid the continuing standoff with China over Ladakh.

Pompeo made the comments in an interaction with US radio-show host Larry O'Connor. Pompeo was quoted by AFP as saying "They absolutely need the United States to be their ally and partner in this fight."

Pompeo added, “The Chinese have now begun to amass huge forces against India in the north. The world has awakened. The tide's begun to turn. And the United States under President Trump's leadership has now built out a coalition that will push back against the threat."

Ever since the border standoff between India and China began in May, Pompeo has repeatedly spoken in support of India and labelled Beijing as the aggressor.

Mike Pompeo and US Defence Secretary Mark Esper are expected to arrive in India for talks with their Indian counterparts as part of the '2+2' initiative on October 26-27.

Earlier this week, Pompeo had met Indian External Affairs Minister S. Jaishankar in Tokyo on the sidelines of the meeting of 'Quad' foreign ministers. The Quad is the regional grouping comprising the US, India, Japan and Australia that is committed to ensuring peace and stability in the Indo-Pacific. China considers the Quad as an initiative aimed at containing it.