China emerging as a global hub for money laundering operations 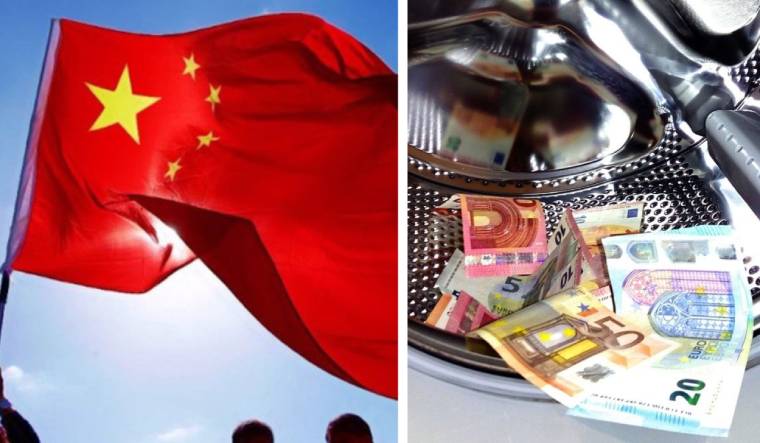 The Income Tax Department conducted raids in the National Capital Region in August and found that some Chinese individuals, with fake Indian passports, were engaged in large scale money laundering operations. In July, China’s presidency of the Financial Action Task Force (FATF) expired. With nearly one trillion dollars’ worth illicit financial outflows over a decade, China was hardly in a position to set the agenda for international anti-money laundering. Around the globe, multiple money-laundering operations reveal the systemic involvement of Chinese individuals and entities. In a sophisticated attempt to target competitive economies, the rich in China are channelling illicit cash through anonymous shell companies. They are engaging in wholesale money laundering, drug-smuggling, sanctions-busting, and market-distorting schemes. China has, in fact, emerged as the global hub for money laundering, not just for the Chinese but for criminals around the world.

General weaknesses in China’s anti-money laundering (AML) and counter-terrorist financing (CTF) systems were pointed out by the FATF early on in 2019. Suggesting that financial and non-financial institutions in China had an ‘incomplete understanding’ of the risks associated with money laundering and terrorist financing, the FATF’s Mutual Evaluation Report of China, pointedly expressed reservations on the operational independence of the nation’s financial intelligence unit. But since the Chinese themselves were setting the agenda on ML & ATF, this assessment of the FATF went unheeded. Chinese companies such as ZTE and Huawei were knowingly shipping US products to sanctioned jurisdictions. In January this year, the United States issued its National Strategy for Combatting Terrorist and Other Illicit Financing to tighten and modernize its AML/CFT regime. So, in the backdrop of heightened trade war, violation of US economic sanctions and export controls on Iran to nominate China on poor AML effectiveness to the grey list of FATF, is very likely and could bring China to its knees.

Chinese assertions of strict foreign currency controls and ostensibly limited outbound foreign exchange transaction of up to USD 50,000 per Chinese citizen per annum are proving to be defective. According to an investigative report by the British National Crime Agency, there is evidence that the Chinese Underground Banking is being abused for money laundering purposes. Of late, scores of cases have emerged involving many Chinese government officials and students in money laundering operations. The informal value transfer system, called “fei qian” or “flying money”, is widely used by Chinese communities overseas to circumvent the limits on personal foreign exchange transactions.

The immigrants give their cash to a trusted member of the local Chinese community in the foreign country—the bagman—who then gives the fraudsters bank account numbers in China where they can direct their stolen money. Once the Chinese confirm that the money has landed in the correct account, the bagman gives the criminal partners the cash. Another widespread money laundering technique being employed is “smurfing” wherein money is split into sums less than the USD 50,000 and send abroad using the names of relatives and friends.

Prosecutions in the United Kingdom reveal that cash generated through criminal activities there is laundered to settle separate and unconnected inward Underground Banking remittances to Chinese citizens in the UK, using ‘mule accounts’ of Chinese students. As per PRC Criminal Law if financial proceeds are generated from predicate offences then the case of ML becomes a criminal offence. Tax evasion is not a predicate offence of the crime of money laundering. dissimulating or concealing proceeds generated by the crime of tax evasion will be charged under a separate crime.

In an increasing number of cases, ingenious criminals use online crime in China, transfers converting electronic funds in the country into hard currency overseas. In a recent case two individuals in the US, were operating an unlicensed money transmitter business with the help of casinos in Las Vegas, skirting both American anti-money laundering scrutiny and Chinese capital flight controls.

Worse, Chinese money launderers have started registering as US shell companies as these do not require true beneficial ownership to be disclosed. These shell companies routinely play a key role in facilitating espionage, intellectual property theft, cyberattacks, and sanctions evasion by CCP officials and their proxies. Shell companies are abused to convert soft Chinese Renminbi, or yuan, into hard currencies and in the process moving it to safe havens outside of China. The money generated is usually generated from illegal trade in opioid, human trafficking, and counterfeit goods in China.

The Panama Papers revealed many offshore shell companies owned or linked to individuals and companies in China, including that of Chinese President Xi Jinping’s brother-in-law, Deng Jiagui, co-owner of a real estate company registered in the British Virgin Islands. The Chinese telecom Huawei, which is now accused of espionage in the US, was found to be using a shell company based in Mauritius to thwart Iran sanctions. Chinese financial institutions have also been implicated in North Korean sanctions evasion schemes. It has been found that more than 130 Chinese companies with a combined valuation of over USD 1 trillion and opaque accounting practices are listed on US stock exchanges. This poses significant risks to for unsuspecting American investors who buy into US-listed Chinese companies.

As the Chinese economy continues to rise, it will generate a “huge pool of very wealthy people who want to hedge against uncertainty back home,” investing ‘hot’ money in the west. Wide-ranging sources of hot money include telemarketing, internet fraud, illegal fundraising and corruption and are among the major proceeds-generating financial crimes in China. The west must assume international leadership on setting a new global standard that undermines this Chinese assault on the rule of law. That this iniquity runs deep can be guessed by the fact that some years back one of the China’s state-owned commercial bank, the Bank of China (BOC) was accused of laundering money by wherein it was running a scheme for Chinese individuals taking part in investment emigration programs in other countries to move cash offshore. The BOC kept the program called “You Hui Tong”, which facilitated the move cash offshore in amounts that exceed the annual cap of USD 50,000 secret because it ‘knew it was illegal.’ In 2016, five directors of the Industrial and Commercial Bank of China (ICBC), PRC’s largest bank in terms of assets, were arrested in Madrid over deficiencies in money laundering compliance. The recent extradition of former Chinese official Qiao Jianjun from Sweden to Los Angeles brings to the fore the involvement of Chinese government officials in conspiracy to commit money laundering. He laundered 200 million yuan (USD 29 million or 26 million euros) in proceeds related to fraudulent transactions through banks in China, Hong Kong, and Singapore. Chinese regulators have systematically turned a blind eye to money laundering. State-owned banks are themselves engaged in handling dirty money.

Financial transactions done outside the system or ‘shadow banking’ is rampant in China. Western nations are recipients of vast sums of digital currencies imported from China in violation of currency control laws. Another prevalent illegal transaction which promotes launderings is the use of Chinese citizen shoppers to engage in ‘daigou’ or “buy on behalf” involves purchasing coveted luxury goods in the West for clients back in China, flouting import duties.

Western prosecutors are faced with difficulty gathering information about the money trail which appears to disappear once it has entered the Chinese mainland financial system. The fact that state-owned Chinese banks are being investigated in Europe presents a direct conflict of interest for governments and a challenge to China’s sense of information privacy.

With nearly 1 trillion yuan flowing annually through money laundering channels, China clearly has a major money laundering problem. If this malignant trend is overlooked another financial crisis will soon be upon the world, as global exposure to China increases. Criminal groups are laundering ever larger sizes of funds across the world through trade-based schemes, exploiting the large-scale commercial shipping links between the EU and China. These groups are abusing trades in everything including sugar, scrap metal, bulk, and high-value goods. The only way to counter this net is by staying a step ahead through the systematic application of network analytics, which can identify connections between individuals, bank accounts, companies. The challenge is to identity and prevent the use of expanding technologies to circumvent currency controls and money laundering laws.

Vaishali Basu Sharma has worked as a consultant with the National Security Council Secretariat (NSCS) for several years, and is presently associated with the think tank Policy Perspectives Foundation.