France has freedom of expression, he said 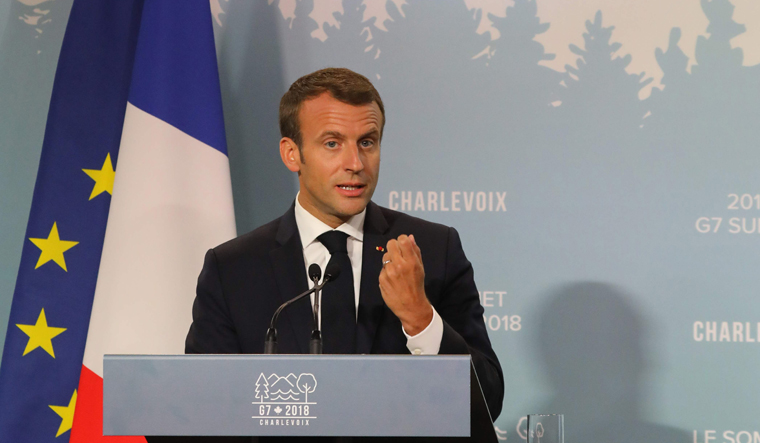 French President Emmanuel Macron on Tuesday said it was not his place to pass judgment on the decision by satirical magazine Charlie Hebdo to re-publish cartoons of Prophet Mohammad, saying France has freedom of expression, news agency Reuters reported. “It is never the place of a president of the republic to pass judgment on the editorial choice of a journalist or newsroom, never. Because we have freedom of the press,” Macron said, reported the news agency. But, he said it was incumbent on French citizens to show civility and respect for each other, and avoid a “dialogue of hate.”

The French satirical paper, whose staff was decimated in a violent attack by Islamic extremists in 2015, is reprinting caricatures of the Prophet Mohammad cited by the killers, declaring "history cannot be rewritten nor erased". The announcement on Tuesday came on the eve of the first trial for the January 2015 attacks against Charlie Hebdo and, two days later, a kosher supermarket.

Charlie Hebdo, which was then little-known outside France and regularly caricatures religious leaders from various faiths, republished them soon afterwards. The paper's Paris offices were firebombed in 2011 and its editorial leadership placed under police protection, which remains in place to this day.

The killings touched off a wave of violence claimed by the Islamic State group across Europe. Seventeen people died 12 of them at the editorial offices along with all three attackers. The attackers, brothers Chrif and Said Kouachi, walked away from the carnage, claiming the attacks in the name of al-Qaida. Two days later, a jailhouse acquaintance of theirs stormed a kosher supermarket on the eve of the Jewish Sabbath, killing four hostages and claiming allegiance to the Islamic State group. The Kouachi brothers had by then holed up in a printing office with another hostage. All three attackers died in near-simultaneous police raids.

Thirteen men and a woman accused of providing the attackers with weapons and logistics go on trial Wednesday. In an editorial this week accompanying the caricatures, the paper best known for vulgar irreverence said that although it had declined to publish caricatures of Mohammad since the attacks, doing so for the opening of the trial was necessary. The only reasons not to stem from political or journalistic cowardice, the editorial said.