There are 1.3 million Indian-American voters across eight battleground states 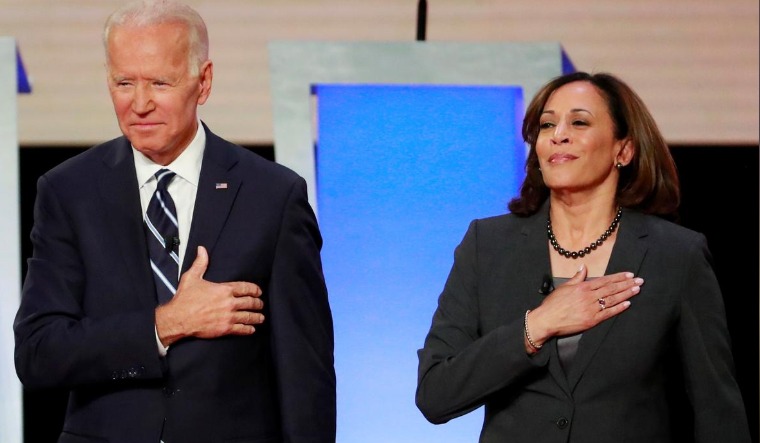 If voted to power in the November general elections, a Biden administration will reform the H-1B visa system and work towards eliminating the country-quota for Green Cards, his campaign said on Saturday, in a move to woo the influential Indian-American community. In a major policy document for Indian-Americans released on the occasion of India's 74th Independence Day, the Biden campaign also emphasised its support to family-based immigration system and streamlining processing for religious worker visas. Biden announced that he will immediately begin working with Congress to pass legislative immigration reform, with a priority on keeping families together, by providing a roadmap to citizenship for nearly 11 million undocumented immigrants including more than 5,00,000 from India.

The H-1B visa is a non-immigrant visa that allows US companies to employ foreign workers in speciality occupations that require theoretical or technical expertise. Companies depend on it to hire tens of thousands of employees each year from countries like India and China. The administration will also take steps to stem the rising tide of hate and bigotry, address the security needs of house of worship, eliminate language barriers and honour the diversity and contributions of Indian-Americans, it said.

This is for the first time that a Democratic presidential candidate has come out with an exclusive policy document for Indian-Americans. There are 1.3 million eligible Indian-American voters across eight battleground states. "Indian-Americans of all backgrounds Hindu, Sikh, Muslim, Jain, and others have been subjected to bullying and xenophobic attacks and need now, more than ever, a reassurance that the US leaders in Washington will have their backs," Biden said. During the Obama-Biden administration, the FBI expanded its hate crime statistics programme to include Sikhs, Hindus, and Buddhists.

He asserted that, if elected, his administration will stand with New Delhi in confronting the threats it faces and called for strengthening the "bond" between India and the US. If elected president, Biden said, he will continue to believe this and also continue to stand with India against the threats it faces from its own region and along its borders. He said that he will work on expanding two-way trade between the two nations and take on big global challenges like climate change and global health security. If elected, the Democratic candidate said, he will work to strengthen the democracies where diversity is the mutual strength. On this day, let us "continue to deepen the bond that endures between our nation's and our people, Biden said. He said that "as president, I'll also continue to rely on the Indian-American diaspora, that keeps our two nations together, as I have throughout my career".