To counter China, India should allow the return of the 17th Karmapa 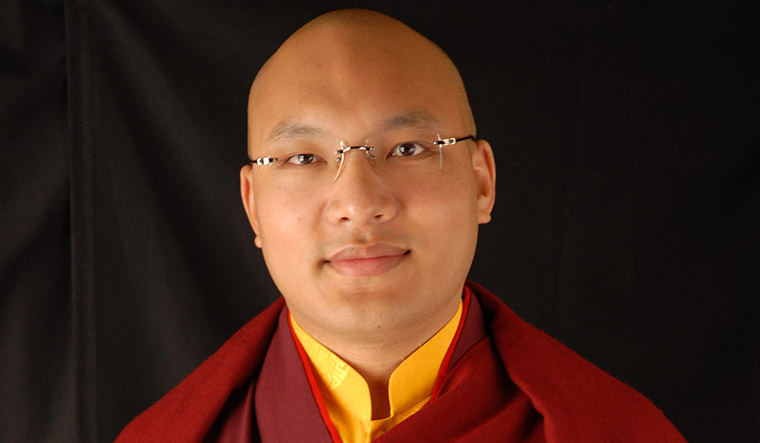 As India counters China's aggression on the Line of Actual Control with a range of economic measures aimed at Chinese firms, New Delhi has got yet another chance to send a tough signal to Beijing—by paving the way for the return of the 17th Karmapa, Ogyen Trinley Dorje.

Karmapas are heads of the Karma Kagyu, one of the four main schools of Tibetan Buddhism. The 17th Karmapa is the only high lama recognised by both the Chinese government and the Dalai Lama.

With Beijing trying to woo him, keeping in mind a post-Dalai Lama scenario where the Tibetan leader's support could help China install their own choice of successor, New Delhi has a chance to put a spoke in China's plans.

Sikkim Chief Minister Prem Singh Tamang on Wednesday wrote to Prime Minister Narendra Modi saying that the devotees of Karmapa want to have a physical darshan of their supreme head and that all the Sikkimese are looking forward to his early visit to Sikkim.

Tamang reminded Modi that Karmapa had been granted asylum in India in the year 2000 by then prime minister Atal Bihari Vajpayee.

''However, it is learnt that restrictions were later imposed by the then government at the Centre on his movement within the country, that impeded his visit to Sikkim despite popular demands of the devotees in Sikkim,'' wrote Tamang.

While it was the UPA government that had imposed restrictions, Tamang said it was the Modi government which had lifted these restrictions in 2018—except over the Rumtek monastery—following persistent public demand.

''I and my fellow Sikkimese are most grateful that these restrictive measures were removed by the present government,'' he said.

Tamang said that now he is being approached by the devotees for an early visit of His Holiness in line with their cherished spiritual aspirations.

Keeping the request of the state government in mind as well as public demands, the Sikkim chief minister urged Modi to consider giving Karmapa entry into India at the earliest.

Amitabh Mathur, former advisor on Tibetan affairs to the ministry of home affairs, told THE WEEK that the decision of the Karmapa to visit Sikkim whenever it is possible for him will depend on the circumstances of his return. This includes his ability to move around freely within the country; to travel abroad and not be pushed into a political role unless the Dalai Lama wishes him to do so. The Karmapa also wants the freedom to pursue teaching, which is his role as a religious leader.

The return of the Karmapa to India will also settle the dust over the controversy that began during the UPA tenure, when the head of the Karma Kagyu Sect, one of the four sects of the Nalanda tradition of Vajrayana Buddhism, started facing restrictions on his movement in Dharamsala after intelligence agencies submitted a negative report to the government about his activities.

The Karmapa was under scrutiny as to whether he could be a Chinese spy—a charge denied by him, and which prompted him to leave the country and go into exile. However, the Tibetan leader assured that his loyalty was with the Indian government and he would return to India soon.

Ever since, the Karmapa's presence has been missed in the country and a section in the government wants the intelligence community to bridge their gap with him. There is also a view in the security establishment that the negative reports were drawn up by certain intelligence officials who lacked sufficient evidence for the same—but which ended up making his stay in India untenable.

Given China's continued aggression on the Dalai Lama succession issue, alongside the recent standoff on the border, Karmapa's importance has once again come to the fore. An invitation to him for his presence in the country can bolster India's position against China.