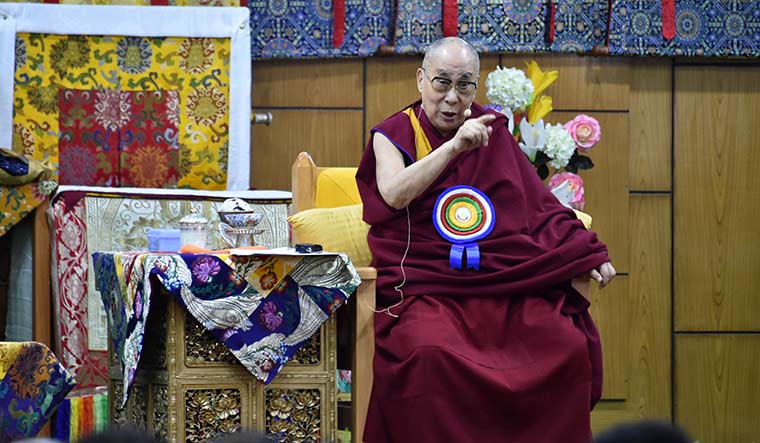 Making a point: The Dalai Lama at the Tibetan religious conference held in Dharamshala | Aayush Goel

As China moves ahead with its plans to name the next Dalai Lama, there is concern among Tibetan Buddhists and also in India, which is home to tens of thousands of Tibetan refugees, including the 14th Dalai Lama.

Flanked by a hostile Pakistan and an aggressive China, India has so far been reticent in playing the Dalai Lama reincarnation card. The United States has recently taken up the challenge to target China over the issue. After the Donald Trump administration stepped up pressure, China permitted US ambassador Terry Branstad to visit Tibet last May. It was followed by the visit of Samuel D. Brownback, US ambassador-at-large for international religious freedom, to Dharamshala to meet the Dalai Lama.

While the US and China were involved in a spat, New Delhi remained a silent spectator. Although it allowed Brownback to visit Dharamshala, India remained tightlipped about the reincarnation issue. No Indian official has visited the Dalai Lama recently. Although Prime Minister Narendra Modi was in Dharamshala on November 7 for a global investors’ meet, he did not visit the Dalai Lama.

New Delhi has been remarkably patient on the Tibetan issue, focusing more on its soft power. Addressing the United Nations General Assembly last September, Modi said India’s gift to the world was Buddha’s wisdom. By preserving the Buddhist culture and its scriptures from which the reincarnation theory of the Dalai Lama also emanates, India stands to gain as a global spiritual power. It also gives India a strategic advantage over China.

“We must keep in mind that for China, there is no short-term strategy,” said Amitabh Mathur, who was adviser on Tibetan affairs to the Union home ministry till September 2018. “Even its shortest-term strategy looks 30 to 60 years ahead. What we may be preparing for today, China must have prepared for long ago.” 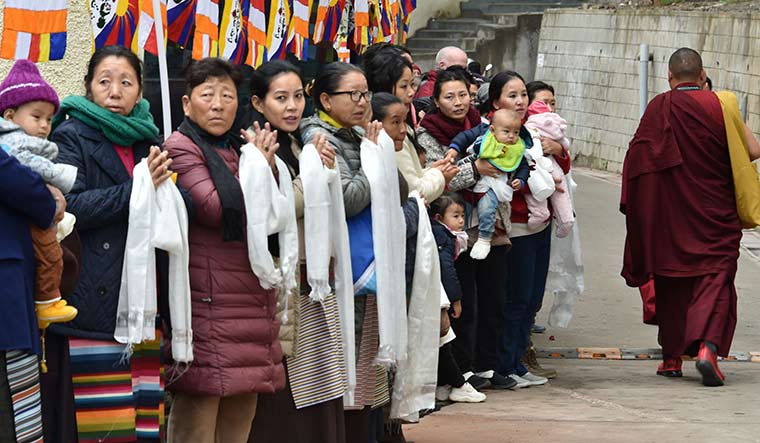 The seeds of an inevitable conflict between New Delhi and Beijing on the issue was sown 60 years ago. Disguised as a solider, Tenzin Gyatso, the 14th Dalai Lama, fled the Potala Norbulingka palace in Lhasa on March 17, 1959, fearing arrest by an increasingly aggressive Mao Zedong regime. After a fortnight-long trek, the 23-year-old Dalai Lama entered India via Tawang. Prime minister Jawaharlal Nehru granted him political asylum and a Tibetan government-in-exile was established in Dharamshala. The Dalai Lama was the temporal and spiritual head of the Tibetan government till 2011 when he gave up much of his political authority to make way for a democratically elected Central Tibetan Administration (CTA).

Six decades after the Dalai Lama slipped out of its dragnet, China is gearing up to unsettle the status quo. The process started in 2007 when it issued a set of guidelines on the Dalai Lama’s reincarnation. Speaking exclusively to THE WEEK, CTA president Lobsang Sangay said it was ridiculous that the Communist Party of China, which taught that religion was poison, had started certifying lamas. “The communist party continues its assault on Tibetan religion, culture and the way of life,” said Ngodup Dongchung, representative of the Dalai Lama in New Delhi. “Ideological education and fealty to the party are now mandatory for monks and nuns who only want to engage in spiritual practice.”

There are nearly 1,300 lamas who are registered with the Chinese government. They have to attend annual workshops, should be loyal to the communist party, should not disagree with the government and should not have any contact with international organisations or with the Dalai Lama. “The Dalai Lama is missing from this list of lamas, but the Chinese government says it will select his successor. It is unacceptable because his holiness will live for at least 20 more years. Before he passes away, he will give written guidelines to choose his reincarnation. The communist party has no locus standi on the issue,” said Sangay. 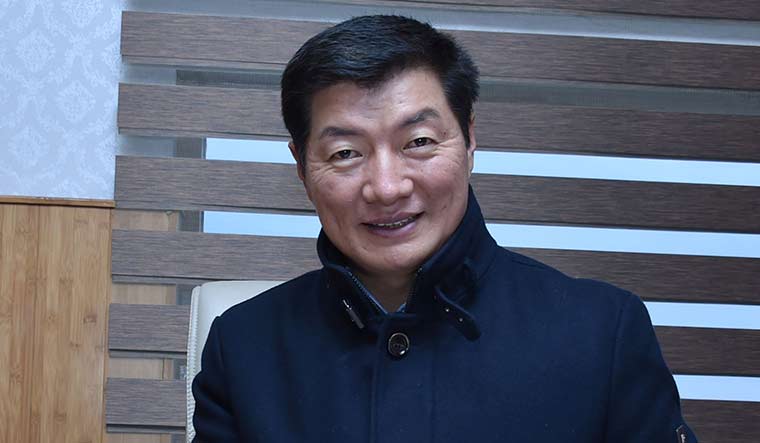 The 17th Karmapa, Ogyen Trinley Dorje, is the only high lama recognised by the Chinese government and the Dalai Lama. Karmapas are heads of the Karma Kagyu, one of the four main schools of Tibetan Buddhism. Dorje, however, was not present at a conference held last November in Dharamshala to discuss the reincarnation issue.

“It was a very important conference,” said Goshir Gyaltsab Rinpoche, an important lineage holder in the Karma Kagyu school. He said the Karmapa was away on a retreat, which could go on for up to three years. The Karmapa sent a letter through his emissary, supporting the Dharamshala declaration, which said the decision on the reincarnation rested solely with the 14th Dalai Lama. The Karmapa, however, warned of “devious people both inside and outside Tibet who have been arbitrarily recognising reincarnation of lamas without any regard for the traditional Tibetan system”.

The Karmapa had escaped from Tibet and reached India when he was 14. He arrived in Dharamshala on January 5, 2000, and stayed on till May 2017. The Karmapa, however, had a strained relationship with a section of the Indian security establishment which suspects that he may be a Chinese spy. He was watched closely by intelligence officials and had to face stringent security restrictions. He also found it difficult to travel abroad without a regular passport. After a trip to the US in 2017, the Karmapa did not come back. He obtained a passport from the Commonwealth of Dominica, apparently without informing the Indian government. Intelligence officials said if the Karmapa applied for an Indian passport, they might consider his case positively. 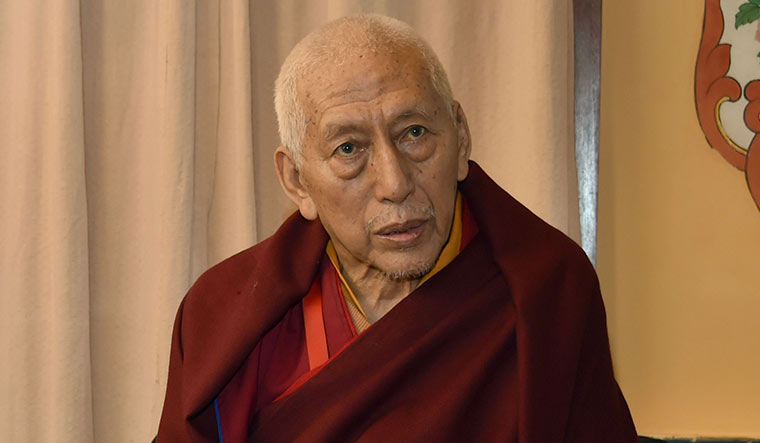 Mathur said it was important for India to keep the Karmapa’s trust. “The Karmapa can play a major role in calming Tibetan tempers in the post Dalai Lama scenario.”

Sangay said abandoning Tibet for India was a big leap of faith for the Karmapa. “He went into exile because all his main teachers were in exile. In Tibetan Buddhism, the teachings are passed on from teachers. To continue as the Karmapa, he needed those teachings which he could pass on to the next generation. From the material point of view, he was better off in Tibet. But as far as freedom was concerned, he was better off here,” said Sangay. “I believe that he will eventually return to India. India needs to resolve the Karmapa issue to keep China at bay. If New Delhi plays its spiritual diplomacy cards well, the Dalai Lama’s reincarnation issue could be the glue that binds all Tibetan spiritual leaders, including the Karmapa.”

Describing the credible ways of recognising the next Dalai Lama, Karmapa said in his letter, “The ultimate measure is the reincarnation reliably recounting his previous life and speaking about it as well as the predecessor’s predictive letter and other instructions. If his holiness’ reincarnation is recognised based on his own predictions, it would be accepted by all and would obviate other means like the dough-ball and golden urn methods.’’ Other methods include asking reliable spiritual masters for their divination, seeking predictions of mundane oracles and observing visions that manifest in the sacred lakes of protectors. 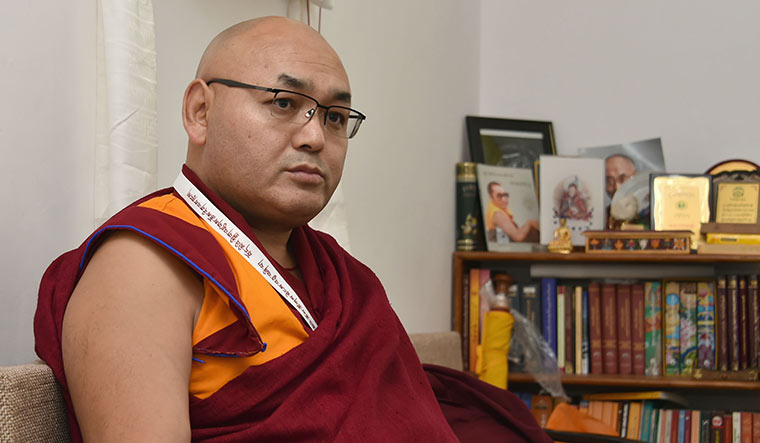 In the Tibetan Buddhist tradition, besides reincarnation, there could also be emanation, which means the Dalai Lama can choose his successor during his lifetime. And, this could be a matter of worry for China. Notably, two Dalai Lamas were born outside Tibet—the fourth Dalai Lama was born in 1589 in Mongolia and the sixth Dalai Lama was born in 1682 in present day Arunachal Pradesh. It raises hope that the next Dalai Lama will be born in the trans-Himalayan region.

Samdhong Rinpoche, the first directly-elected president of the CTA, warned the Tibetans against playing into China’s hands. “Talking of reincarnation is not only unnecessary, but is also a reaction to China. For instance, China chose its own Panchen Lama, but it proved to be useless,” he said. “It is certain that when his holiness passes away, the Chinese administration will choose its own Dalai Lama, but he will never be acceptable to the Tibetans. The 15th Dalai Lama will be recognised in exile.”

The Tibetan people want India to openly support the Dalai Lama and the succession plan laid down by him. “The Dalai Lama is the most important Tibetan that China wants to control,” said Lobsang Wangyal, writer and activist who runs the popular website Tibet Sun. “We are grateful to India because it is our host. But India’s geopolitical strategy has not been strong enough.”

China is flexing its muscle in the Indian subcontinent. Pakistan is its all-weather friend and now Nepal is growing increasingly dependent on China. Wangyal said Nepal had stopped issuing state permits to Tibetans, curtailing their basic rights, including access to education, health care, jobs and rations. “They cannot commemorate the Tibetan day on March 10, the Dalai Lama’s birthday on July 6 or the Tibetan democracy day on September 2,” he said.

Even more alarming is the fact that Tibetans crossing over to India from Nepal are being sent back to China where they are allegedly imprisoned for years. A Chinese official in New Delhi, however, dismissed the allegations.

Maintaining status quo on the Tibetan issue and using Tibetans as a shield against the Chinese march in the Himalayan region may not work as a long-term strategy. But the Dalai Lama seems to be thinking ahead. He asked the Chinese leadership to first find the reincarnations of Mao Zedong and Deng Xiaoping if they indeed believed in reincarnation.

The Dalai Lama is quite clear about his succession. “At the time of my death, I will write the will of my rebirth. So when Chinese hardliners express their desire for the 15th Dalai Lama, I want to tell them that they will have to wait for another 30-40 years.” On last Christmas day, he reiterated the message. After arriving at Bodh Gaya for his annual visit, the 84-year-old spiritual leader said the Tibetans were backed by the power of truth. “The Chinese have the power of gun. In the long run, the power of truth is much stronger than the power of gun.”