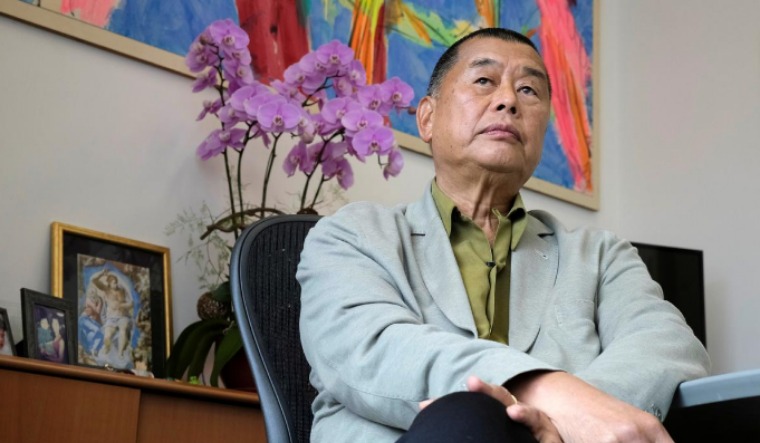 Most of the world woke up in shock on Monday to see more evidence of China's tough new national security law in action in Hong Kong.

Jimmy Lai Chee-ying, owner of the popular Hong Kong tabloid Apple Daily, was arrested around 7am (local time) on Monday for "collusion with foreign powers", an aide informed on Twitter.

Hong Kong Police informed that seven people had been arrested for allegedly violating the national security law. Hong Kong newspaper South China Morning Post reported the arrested persons include Jimmy Lai, his two sons and two executives of his company. The South China Morning Post reported more people could be detained over the course of Monday.

“He [Jimmy Lai] was arrested for collusion with a foreign country, uttering seditious words and conspiracy to defraud,” The South China Morning Post quoted a source as saying.

Jimmy Lai has been a prominent supporter of the pro-democracy movement in Hong Kong, including the protests that erupted in the city last year over plans to enforce the national security law.

Jimmy Lai, who is 71, has an estimated worth of over $1 billion.

"Having made his initial fortune in the clothing industry, he later ventured into media and founded the newspaper Apple Daily, which is frequently critical of Hong Kong and mainland Chinese leadership. He has also been himself an activist against Beijing's increasingly tight grip on the Hong Kong. In 2019, he supported the reform protests and participated in the demonstrations," the BBC reported.

On June 30, when the national security law was passed, Jimmy Lai had told the BBC it would spell the "death knell for Hong Kong". Jimmy Lai warned Hong Kong could become as corrupt as China, noting, "without the rule of law, people who do business here will have no protection".

Jimmy Lai, who also holds British citizenship, had been arrested in February on charges of participating in an anti-government march in August last year and clashing with a journalist in 2017. He was released on bail shortly thereafter. China's state-run media had described him as the "riots mastermind" who had "spread waves of hatred and negative information about the Chinese mainland day and night".

Despite the risk of arrest, Jimmy Lai had been defiant and told media outlets he was ready for prison. Apple Daily too continued with a pro-democracy line, which effectively meant criticising China.