China’s National Security Law: What does it entail? 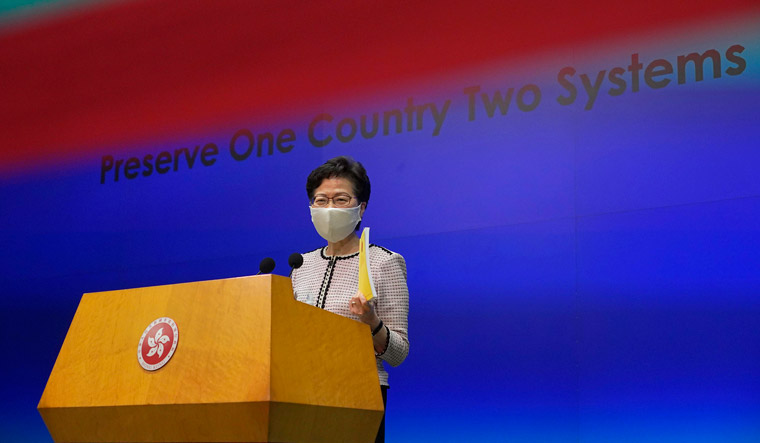 Hong Kong’s pro-democracy activists have been voicing concerns over what Beijing imposing a national security law could do to the city’s potential freedoms and civil liberties.

But, according to a Reuters report, as revealed by the Chinese government, the law is simply plugging a loophole, they claimed and is no different to what many other countries have on the books.

According to critics, the law if enacted will undermine Hong Kong's independent judicial system, not unlike China attempted to do last year with an extradition bill—the bill, whose introduction brought most of Hong Kong citizens to the street, protesting against it.

The protests eventually turned into a pro-democracy movement that also highlighter police misconduct.

Local officials and prominent businesses have, however, thrown their weight behind the bill—sight unseen—promising that it would leave the city better off, and in any case, would only affect a handful of people.

On Saturday, China's National People's Congress gave Hong Kong its first glimpse of what it contains. The law allows Beijing to override local laws while enhancing its ability to suppress political opposition.

It also gives the mainland power to exercise jurisdiction over select criminal cases, raising the prospect that for the first time in Hong Kong's history, suspects could be extradited across the border to face trial, and potentially prison time, in the mainland.

According to Hong Kong and Beijing authorities, the law will target only a few ‘troublemakers’, who threaten national security and strengthen governance.

Threatened by how the law could affect their freedom, many Hong Kongers have started moving their assets to other commonwealth nations including New Zealand, Australia or Canada so that they can flee the city when things take a downward turn.

The law according to Beijing aims to tackle secession, subversion, terrorism and foreign interference.

In other words, citizens openly criticising the government could be subject to persecution.

National lawmakers are expected to vote on passage of the law on July 1 during the first session of the NPC (National People’s Congress).

The Global Times, a state-run newspaper quoted Lau Siu-kai, vice-president of the Chinese Association of Hong Kong and Macao Studies as saying, "The social turmoil over the past year showed that the HKSAR lacks sufficient capability and experience to safeguard national security due to the absence of an effective legal and law enforcement mechanism."

The Global Times report goes on to state that "The new central government office backed by Beijing will not interfere with Hong Kong Police Force (HKPF) operations, as there will be a clear division of rank and work, where the commissioner's office will handle complex national security cases, that won’t fall under the line of police duties. "

As part of the wider common law system, which includes the UK, Canada, Australia and several other commonwealth nations, Hong Kong periodically appoints distinguished ‘non-permanent’ judges to the Court of Final Appeal. The presence of these judges has been viewed as controversial in China. The new bill, according to some opposing it, will bar foreign-born judges from being appointed, especially for cases of a sensitive nature—namely political prosecutions.