The wildfire is being fought by 375 firefighters, but is yet to be contained 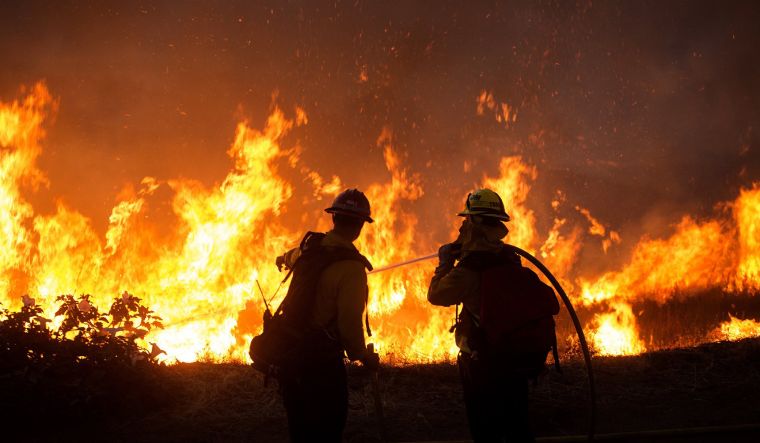 The wildfire named ‘Apple Fire’ has wreaked havoc in Southern California in the United States as it spread across 12,000 acres on Saturday, forcing nearly 8,000 people in the Riverside County to evacuate.

The Apple Fire, named so by local firefighters, was first reported on Friday as two separate fires in Cherry Valley, 75 miles east of Los Angeles. Reports said that it is being fought by 375 firefighters with dozens of fire engines and air support, but is yet to be contained. No injuries or casualties have been reported so far.

Reports said the steep and rugged terrain made it difficult for firefighters to access the front lines as high temperatures and low humidity levels fuelled the flames.

The California Department of Forestry and Fire Protection said that evacuation orders were issued as the fire moved towards San Bernardino County. Residents of over 2,500 homes, totalling approximately 7,800 people, had been told to evacuate, the department said.

Following the orders, evacuation centres have been opened at local hotels and the Beaumont High School. The fire department said that all evacuation centres will enforce Covid-19 protocols, including temperature screenings, wearing masks and maintaining social distancing.

The cause of the fire is still under investigation, authorities said.