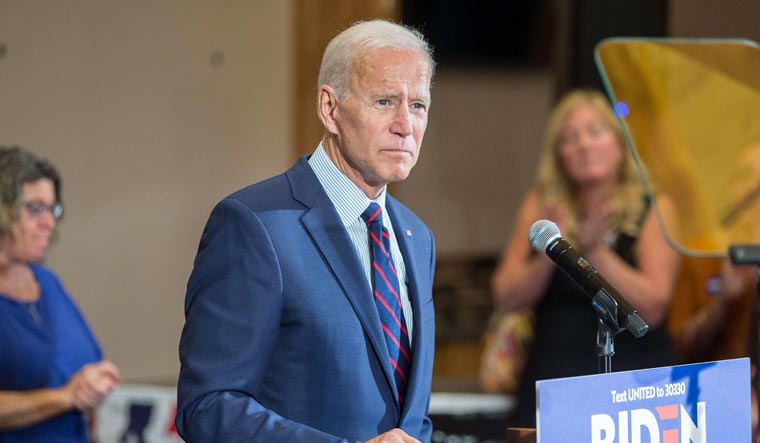 Democratic presidential candidate Joe Biden heads into the weekend with an impressive list of candidates, shortlisted to be his running mate for the elections in November. All the names on Biden's list are that of women—Biden did promise when he began campaigning that he would pick a woman to be his vice-president.

While the search continues to be held in utmost secrecy, Biden’s team is yet to tell any of the women that they are out of the running for the vice-presidential role.

California representative Karen Bass has also made it onto the list. Bass, in particular, has moved rapidly toward the top of the list amid an intensive lobbying drive by her fellow House Democrats and has impressed the former vice-president’s search committee.

Steve Westly, the former California state controller and major Biden fundraiser, has said he is glad to see both Bass and Harris on Biden's shortlist. Even as Biden has publicly praised Harris in recent months, some of his supporters raise questions about whether Harris would be a trustworthy team player.

Harris is, however, also a family friend of the Bidens and has campaigned with him and his wife Jill after she stepped out of the race.

One reason Harris has been under fire is that she has long been viewed as a favourite to be Biden's running mate. Harris's backers maintain that she gained a loyal following while running for the White House and that she would make history as the country's first Black and Asian vice-presidential candidate.

Meanwhile, Rice's emergence as a serious contender has surprised some in the Biden world, given her limited campaign experience.

Others on Biden’s list include Val Demings, an African-American congresswoman from Florida. A former Orlando police chief, Demings served as one of the managers of the House of Representatives’ impeachment proceedings against Republican President Donald Trump.

Another contender is Tammy Duckworth from Illinois, a combat veteran who lost her legs when her helicopter was shot down in Iraq in 2004.