Did China downgrade its J-20 stealth fighter from 5th generation to 4th? 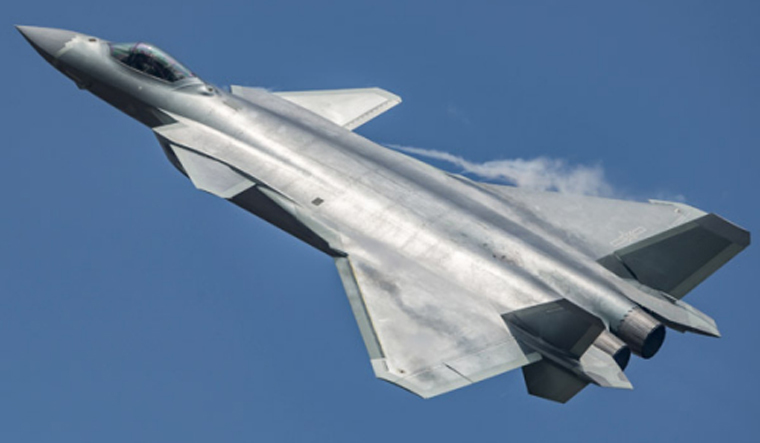 Ever since the Indian Air Force's first Rafale fighter jets landed in Ambala earlier this week, news and social media have been busy comparing the French warbird with combat aircraft operated in Pakistan and China.

A notable aircraft that came up for comparison was the Chengdu J-20, China's first stealth fighter. The J-20 made its first flight in 2011 and has been compared to the US F-22 and F-35 stealth fighters, which are called 'fifth-generation' combat aircraft.

On Friday, a media report claimed China had downgraded the J-20's classification from a fifth generation to a fourth-generation fighter. The report was based on an article in China's Global Times that referred to the J-20 as a 'fourth-generation' fighter. But did the Chinese media or government really downgrade the designation of its stealth fighter? To understand that, we need to first look at classification of fighter generations.

Fighter generations, according to the West

Fighter generations are an un-standardised industry classification, primarily used in the West, to describe the level of technology on a jet combat aircraft.

·        The 'first-generation' of jet fighters were the first jet combat aircraft to enter service in the late 1940s and were marked  by their advancement in speed over the piston-engine aircraft of the Second World War. Examples included the British Meteor and US F-80.

·        The second-generation fighters came into prominence by the Korean War and were marked by their use of highly swept wings that significantly improved agility in a dogfight. Examples included the US F-86 Sabre and Russian MiG-15 and MiG-17.

·        The third-generation of fighters arrived in the late 1950s were characterised by their advancement in engines that allowed for supersonic speed and capability to carry air-to-air and air-to-surface missiles. Examples include the ubiquitous MiG-21 and US F-104.

·        The fourth-generation fighters arrived in the 1970s and still dominate military aviation today. Advanced multimode radars (capable of tracking both aerial and surface targets) and other sensors, fly-by-wire flight controls for high manoeuvrability and a host of advanced weapons marked this generation of fighters. The US F-15 and F-16, French Mirage 2000 and Russian Su-27 and MiG-29 are examples of fourth-generation fighters.

·        Fifth-generation fighters, according to US Air Force Magazine, are characterised by " by all-aspect stealth, internal carriage of precision weapons, active electronically scanned array (AESA) radars, and 'plug and play' electronics”. The US F-22 and F-35 are the only fifth-generation fighters in service now, while the Russian Su-57 is being inducted.

There is a '4.5' generation of fighters, according to some experts. These fighters have high agility, sensor fusion (integration of radars, infra-red sensors, etc.) for situational awareness and some features to reduce their radar cross section. The Rafale, Eurofighter and Russian Su-35 are considered 4.5 generation aircraft.

While no 'sixth-generation' aircraft is yet in service, experts have already theorised on what features such aircraft will have. The capability to carry and fire 'directed energy' (microwave or laser) weapons and presence of both manned and unmanned variants have been frequently discussed for sixth-generation aircraft. In 2009, an article in Air Force Magazine claimed sixth-generation aircraft could have, "extreme stealth; efficient in all flight regimes (subsonic to multi-Mach); possible “morphing” capability; smart skins; highly networked; extremely sensitive sensors; optionally manned; directed energy weapons".

Fighter generations, according to China

China's People's Liberation Army uses a different method of classification of fighter generations. The US Navy's Office of Naval Intelligence explained this classification system in a report on the Chinese Navy in a 2007 report. "The PLA’s system… does not necessarily match the international system. The PLAAF and Naval Aviation identify their aircraft only as 1st, 2nd, and 3rd generation based on when they were first integrated into the force."

Not surprisingly, the Chinese military has referred to the J-20 as a fourth-generation fighter repeatedly.

However, the Chinese media has frequently used the western system of fighter classification to describe Beijing's aircraft, adding to confusion.