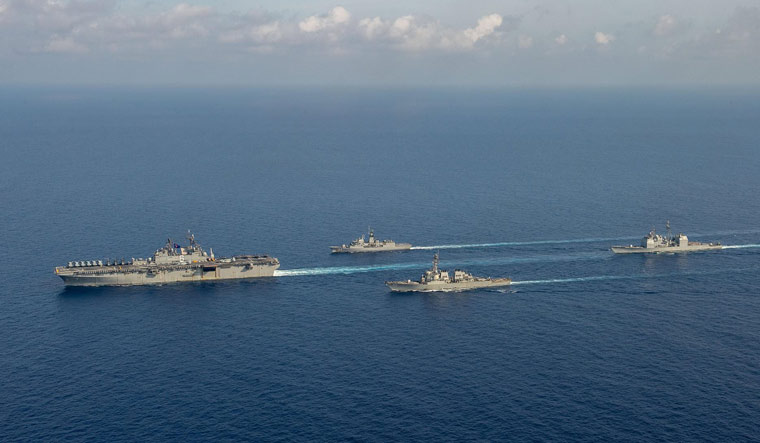 Australia joined the US in rejecting Beijing's territorial and maritime claims in the South China Sea in a formal declaration to the United Nations.

In the escalating dispute between the US and China regarding the latter’s claims over the South China Sea, China has maintained that the US should stay out of it as it is not one of the countries directly involved in the dispute.

Australia, in a statement it filed to the United Nations, said there was “no legal basis” to several disputed Chinese claims in the sea, including those related to the construction of artificial islands on small shoals and reefs. “Australia rejects China's claim to 'historic rights' or 'maritime rights and interests' as established in the 'long course of historical practice' in the South China Sea,” the declaration read.

In the declaration, Australia mentions the objections and complaints held by the Philippines, Vietnam and Malaysia against Beijing’s “land building activities” used to create artificial islands.

As per a Guardian report, the declaration further reads, “Australia also rejects China’s claims to maritime zones generated by submerged features, or low-tide elevations in a manner inconsistent with UNCLOS (United Nations Convention for the Law of the Sea). Land building activities or other forms of artificial transformation cannot change the classification of a feature under UNCLOS … the Australian government does not accept that artificially transformed features can ever acquire the status of an island.”

The declaration comes ahead of annual talks between Australia and the US, with ministers travelling to Washington DC for the first time since a travel ban due to the onset of the coronavirus pandemic.

Australia’s Foreign Affairs minister Marise Payne and Defence minister Linda Reynolds will travel to Washington next week to meet with the US secretary of state Mike Pompeo and secretary of defence Mark Esper.

Payne and Reynolds were quoted in an Al Jazeera report as saying the meetings come at a “critical time.” Tensions between the US relations and China have escalated in recent months, over the coronavirus pandemic, China’s mistreatment of Uighur Muslims and Beijing's crackdown on dissent in Hong Kong.

On Friday, Beijing ordered the US consulate in Chengdu to shut in retaliation for the closure of its Houston mission as the FBI alleged that the Houston centre was being used for theft of classified information.