Water released is being channelled into two storage ponds 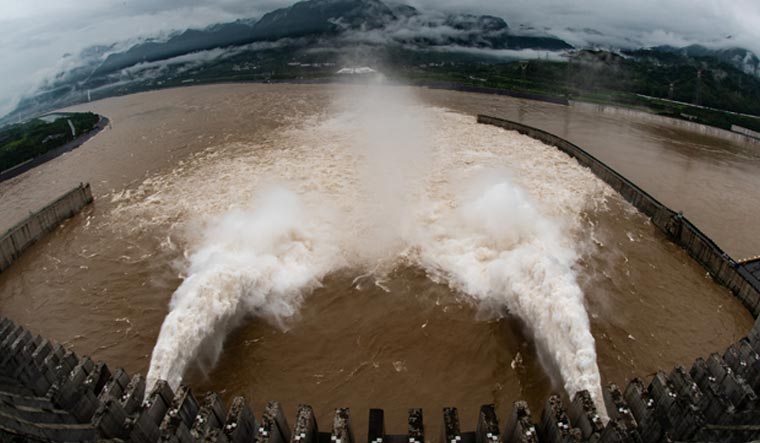 Part of a dam on Yangtze River in eastern Anhui province was blown up by Chinese authorities to prevent floods as heavy rains continue to swell rivers in various parts of the country.

According to an AFP report, rising waters across central and eastern China have leftover 140 people dead or missing, and floods have affected almost 24 million since the start of July.

The dam was on Chu river, a tributary of Yangtze River. The water released is being channelled into two storage ponds on a flood plain that can hold more than 2.1bn cubic feet of water.

According to local authorities, the move was necessary was needed to ensure the safety of those living near its banks.

“Affected by continuous downpours and upstream flows, the water level of the Chu River, a tributary of the Yangtze River, has moved from a slow rise to a sharp one,” a local media report read.

China faced its worst flood in recent times in 1998 when 2,000 lives were lost and  3 million homes were destroyed

Three Gorges Dam, also on Yangtze river, opened three floodgates after the water rose more than 15 metres above flood level over the weekend.

Soldiers and workers in the meantime, have been testing the strength of embankments and are lining them up with sandbags and rocks to prevent the water from seeping into the settlements.

Severe flooding along with landslides is a common occurrence in several parts of China, especially during the summer.