Russia confirms progress on new jet engine. Is it for Pak JF-17 fighter?

Despite repeated Indian protests, Russia has continued supply of RD-93 to Pakistan 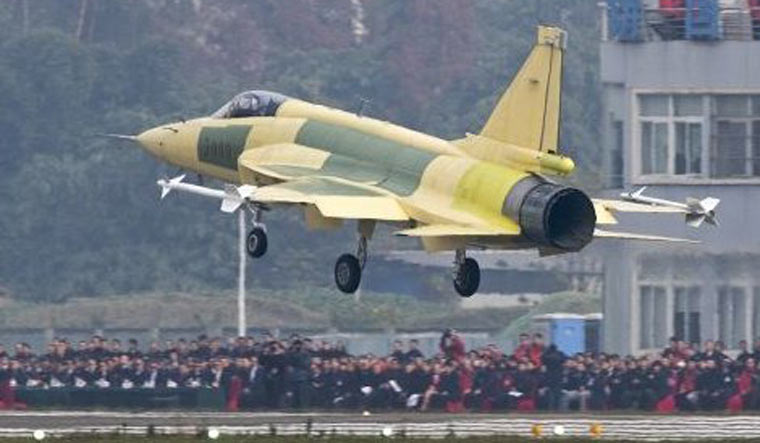 A Russian company announced on Wednesday that a new engine for fighter aircraft that it had developed has been shipped for conducting thermal pressure chamber tests.

The state-owned United Engine Corporation controls development and manufacturing of all engines for military, civilian and space use in Russia and for Russian exports. The UEC's Klimov plant in St Petersburg had been developing the RD-93MA engine, which is a modification of the RD-93 engine, used on the JF-17 fighter, being built by Pakistan and China.

In a press release on its website on Wednesday, UEC said the RD-93MA engine had been shipped from St. Petersburg to Moscow for thermal pressure chamber trials at the Central Institute of Aviation Motors (CIAM). The pressure chamber trials at CIAM are expected to subject the RD-93MA engine to simulated heat and altitude conditions the power-plant would experience in actual flight.

The UEC press release states, "The RD-93MA engine has improved performance. In particular, increased thermodynamic parameters, an improved design of the fan and the hot part, an upgraded automatic power-plant control system... An additional emergency engine start mode was provided... and the possibility of emergency fuel drain was realised. All this is due to the specifics associated with the possible use of the power-plant on a single-engine aircraft..."

The reference to use in single-engine aircraft has given rise to speculation that the new engine is destined for the JF-17 fighter. This is because Russia does not have any active single-engine fighter project at the moment.

Having a new engine offers advantages in addition to increased thrust in combat situations. In December, Chinese state media confirmed that the latest version of the JF-17, dubbed the JF-17 Block 3, had made its maiden flight. The upgraded fighter will have new electronically scanned radar and other electronics, all of which necessitate higher power requirements than can be met by the existing power-plant.

Pakistan has already built over 100 JF-17 fighters for its air force and officials have indicated 62 JF-17 Block 3 fighters will be ordered by 2024.

In 2015, IHS Jane’s Defense Weekly reported Pakistan would continue to use Russian engines for the JF-17 even though China was developing an alternate engine. “We are completely satisfied with this Russian-made engine,” an official Pakistan Aeronautical Complex had told IHS Jane’s Defense Weekly. Pakistani officials had claimed "changing to another engine would not make any sense and would be disruptive and cause a huge expense for the JF-17 programme".

Despite repeated Indian protests in the past two decades, Russia has continued supply of the RD-93 to China and Pakistan.