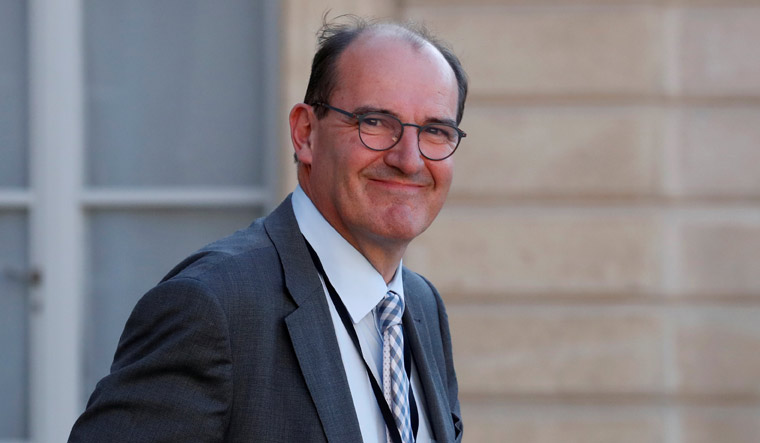 Castex, 55, is said to have a low-profile and to hail from the centre-right of French politics. He has worked with multiple governments over the years, notably with former French President Nicolas Sarkozy as the advisor on social affairs, and then as deputy secretary-general of the Elysée in 2011.

As the civil servant who drew up the plan for France’s exit from its COVID-19 induced lockdown that began on March 17, he earned the nickname ‘Monsieur Deconfinement’. He was appointed on April 2, and described by Philippe as a “senior official who knows the world of health perfectly and who is formidable in efficiency”.

He graduated from the École nationale d'administration in 1991, was admitted to the Court of Auditors, and then joined the provincial government in Var as Director of Health and Social Affairs. Often holding posts related to healthcare, he was involved in France’s response to the H5N1 pandemic, which won praise from the WHO at the time.

He is known for his “clear ideas and outspokenness” as well as for his efficiency, according to President of the Hauts-de-France region Xavier Bertrand speaking to AFP.

His appointment comes as the French government undergoes a reshuffle, following a defeat for the ruling party in local elections, seen as a reflection of mounting dissent against Macron’s centrist government, which had faced protests since 2018 from the gilets-jaunes (yellow vest) movement against growing economic inequality and high prices.

Macron’s government faces the deepest economic depression since the Second World War, with the economy set to shrink by 11 per cent in 2020, with around 900,000 jobs estimated to be shed by the end of the year according to the national unemployment insurance agency Unedic.

Macron's efforts to boost job creation have been swept away by the economic and social consequences of the country's lockdown.

The government issued a 460 billion-euro emergency package through a state-funded partial activity scheme, tax cuts and other financial aids for businesses, and Macron needs to adapt his policies as France's economy is expected to shrink by 11 per cent this year.

The unemployment rate that fell from 9.2 per cent at the beginning of Macron's term in 2017 to 7.6 per cent earlier this year, its lowest level since 2008, is now expected to increase steadily.

Our first priority will be to rebuild an economy that is strong, ecological, sovereign and united, Macron said in a televised address to the nation on June 14.

He ruled out any tax rise and instead said working and producing more is the response amid bankruptcies and layoffs caused by the crisis.

He put an emphasis on creating new jobs with climate-oriented policies including renovation of old buildings and greener transport and industries.