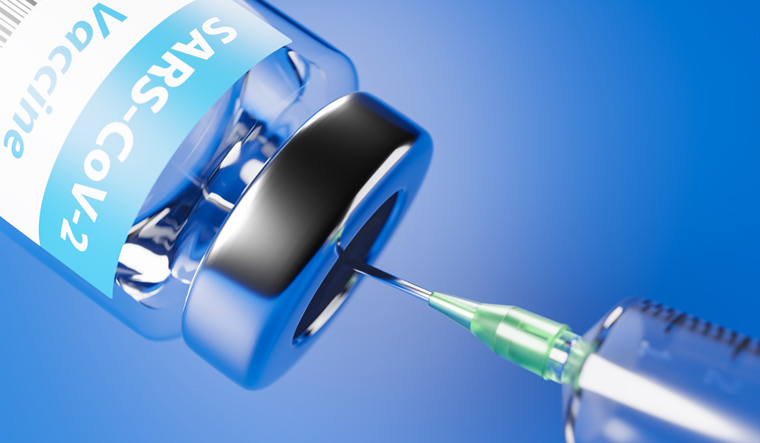 A resident from the sprawling Black township of Soweto has become the first South African to be injected with a trial vaccine for COVID-19 as scientists seek a treatment for the virus which has infected millions and killed hundreds of thousands across the globe.

Mhlongo (24), is one of about 2,000 South Africans who will take part in the international study after the potential vaccine was developed at the Oxford Jenner Institute in the UK.

After receiving an injection during the trial on Tuesday from Shabir Madhi, head of vaccinology at Wits University and director of the South Africa Medical Research Council's vaccines and infectious diseases analytics research unit, Mholongo said he wanted to learn about COVID-19 and help doctors find a cure for the virus.

Madhi is also a member of the panel advising the South African government on the pandemic.

"This is a landmark moment for South Africa and Africa at this stage of the COVID-19 pandemic. As we enter winter in South Africa and pressure increases on public hospitals, we need a vaccine now more than ever," said Madhi at the virtual launch of the trial, which is being run at multiple sites in South Africa.

Officially known as the Ox1Cov-19 Vaccine VIDA-trial, the South African component of the trial is also a first for the African continent.

Amid the optimism, experts pointed out that the vaccine being tested is one among the more than 100 that are currently being researched all over the world.

In South Africa, at least 1,00,000 people have been diagnosed with COVID-19 and more than 2,000 have died from virus since March when the president declared a state of disaster and national lockdown which is continuing at Level 3 of a five-level strategic approach to fight the pandemic.

"Vaccines are amongst the most powerful tools to mitigate life-threatening diseases. Without a vaccine against COVID-19, there will likely be ongoing contagion, causing severe illness and death," said Zeblon Vilakazi, Vice Principal and Deputy Vice Chancellor of Research and Postgraduate Affairs at Wits University.

He said his institution was committed to cooperate with Oxford University in the trial.

Prior to the launch, the South African study was subject to rigorous reviews and was approved by both the South African Health Products Regulatory Authority (SAHPRA) and the Human Research Ethics Committee of Wits University.

This allows evaluation of the efficacy and safety of candidate vaccines to be assessed in a global context, failing which the introduction of many life-saving vaccines into public immunisation programmes for low-middle income countries frequently lags behind those in high-income countries.

There has been much debate internationally, including at the World Health Organisation (WHO), that the vaccine, when it is found, be made available to all countries at low or even no cost to developing countries, and not only be sold in rich and developed nations only.

"As the world rallies to find health solutions, a South African endeavour for the development of an effective COVID-19 vaccine is testament to our commitment of supporting healthcare innovation to save lives," said Glenda Gray, President and CEO of the South African Medical Research Council, which is funding the project with support from the Bill and Melinda Gates Foundation.

The project also has the support of the South African government.

The National Department of Health is excited at the launch of this vaccine trial, which will go a long way to cement South Africa's leadership in the scientific space, Sandile Buthelezi, the Director General of Health in the National Department of Health. With COVID-19 infections increasing every day, the development of the vaccine will be the last solution in the long term, and we are fully behind the team leading this trial, said Buthelezi.