WHO has questioned the claims 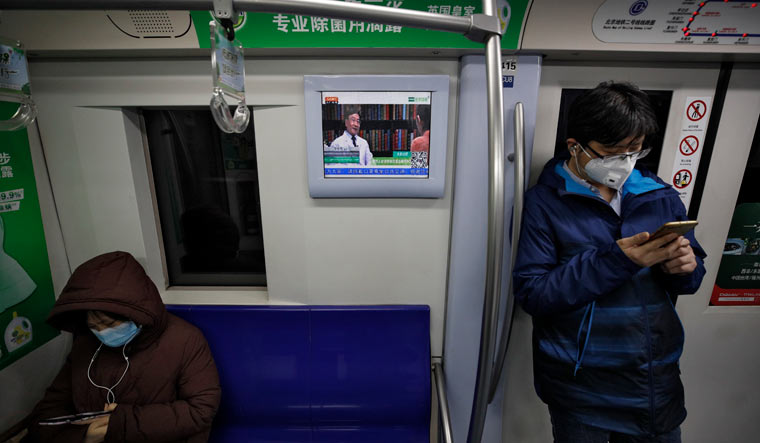 China has reported 37 new coronavirus cases including 25 in Beijing, where 183 patients are undergoing treatment, while the Chinese virologists said the strain of the new cluster of cases in the capital may have come from Europe. An initial epidemiological survey shows the coronavirus strain detected at the Xinfadi wholesale market in Beijing came from Europe, a report in Global Times said.

It said the strain had existed longer than the current coronavirus strain circulating in Europe. They say it is possible that the virus did not mutate during transport as it was sealed in frozen food, stored in cold and damp conditions.

Wu Zunyou, chief epidemiologist at the Chinese Centre for Disease Control and Prevention, told the media on Thursday that the "findings at Beijing reminded us of the first outbreak of COVID-19 in Wuhan last year, which happened at the Huanan Seafood Wholesale Market".

The focus of the Huanan investigation was the wild animal stalls, even though the seafood sellers were right next to them, Wu said.

The World Health Organisation (WHO) has already questioned the Chinese officials' claims that the virus was traced to the imported salmon in Xinfadi and purported origins to Europe saying that there is no evidence to back it. It is not yet clear whether China shared the genome sequence with the WHO which had asked for it.

Ever since US President Donald Trump blamed China for not containing COVID-19 when it first showed up in Wuhan in December last year, the debate over the origin of the virus has intensified.

For its part, China sought to shift the blame saying that the virus may have been originated elsewhere and surfaced in Wuhan.

President Trump and leaders of several countries have accused China of not being transparent in reporting the deadly disease, leading to huge human casualties and economic crisis across the world.

A new study by Harvard researchers recently said satellite images show an increase in traffic outside five hospitals in the Chinese city from late August to December raising doubts that the virus may have surfaced in Wuhan by that time.

The traffic spike coincided with a rise in online searches for information on symptoms like "cough" and "diarrhoea". China said the study was "ridiculous" and based on "superficial" information, it said.

Most of the new cases have been linked to the Xinfadi wholesale food market. Until a week ago, the Chinese capital had been free of local transmission for 55 days. Xinfadi was quickly identified as the centre of the outbreak after the first patient bought fish, followed by many cases that had links to the Fengtai district market.

"More seafood vendors were infected, followed by beef and lamb vendors," Wu was quoted as saying by Hong Kong-based South China Morning Post. "The seafood vendors also showed symptoms earlier than others," he said. The environmental samples taken from the market have shown that the places selling seafood, beef and lamb had more traces of the virus than others, he said.