Biden now has 1,993 delegates supporting him, two more than required number of 1,991 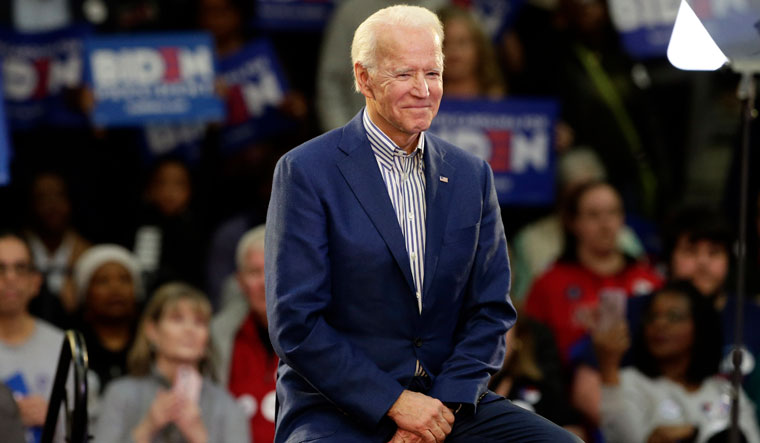 Former US vice president Joe Biden on Friday officially clinched the number of pledged delegates required to be the candidate of the Democratic Party in the November presidential elections.

In early April, Biden had become the presumptive nominee after Senator Bernie Sanders suspended his campaign for the nomination.

The Associated Press reported that Biden now has 1,993 delegates supporting him, two more than the minimum required number of 1,991 delegates. Biden reached the figure even as Democratic primary contests are yet to be held in eight states and three US territories.

Biden reached the magic figure following his sweep of all presidential primaries held this week, on June 2. Biden won from Maryland, Indiana, Rhode Island, New Mexico, Montana, South Dakota and Pennsylvania and the District of Columbia. The exact number of delegates in these primaries was announced on Friday.

In a statement issued on Friday night, Biden said, “It was an honour to compete alongside one of the most talented groups of candidates the Democratic party has ever fielded... and I am proud to say that we are going into this general election a united party.”

“I am going to spend every day between now and November 3rd fighting to earn the votes of Americans all across this great country so that, together, we can win the battle for the soul of this nation, and make sure that as we rebuild our economy, everyone comes along."

Biden, 77, became a senator in 1972, serving for decades, before becoming vice-president to president Barack Obama in 2008. This is Biden's third shot, and the first successful one, at the Democratic presidential ticket.