A global supply chain reorder on the cards? 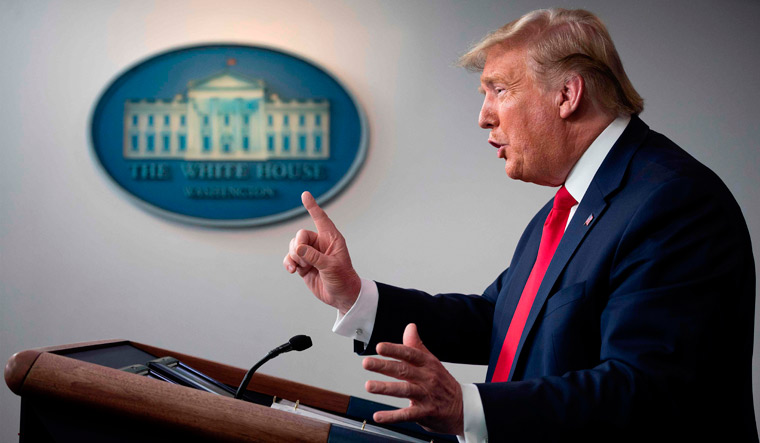 An irate US President Donald Trump on Thursday threatened to completely cut off the country's relationship with China in response to the spread of COVID-19; the death toll across the world touched 3,00,000, including over 80,000 in America. "There are many things we could do. We could cut off the whole relationship," Trump told Fox Business News in an interview. There has been increasing pressure on Trump, in the last several weeks, to take action against China as lawmakers feel that the COVID-19 spread across the world from Wuhan because of Chinese inaction.

At the same time, a top US senator unveiled an 18-point plan, including enhancing military ties with India, to hold the Chinese government accountable for its "lies, deception, and cover-ups" that ultimately led to the global COVID-19 pandemic. The prominent suggestions are moving manufacturing chain from China and deepening military-strategic ties India, Vietnam and Taiwan.

"The Chinese government maliciously covered up and enabled a global pandemic that has caused misery for so many Americans. This is the same regime that locks up its own citizens in labour camps, steals America's technology and jobs, and threatens the sovereignty of our allies," said Senator Thom Tillis, presenting his detailed, 18-point plan.

"This is a major wake-up call to the United States and the rest of the free world. My plan of action will hold the Chinese government accountable for lying about COVID-19; sanctioning the Chinese government while protecting America's economy, public health, and national security," he said. "Move manufacturing back to the US from China and gradually eliminate our supply chain dependency on China. Stop China from stealing our technology and provide incentives to American companies to regain our technological advantage. Strengthen cybersecurity against Chinese hacks and sabotage," the plan stated.

Responding to a question, Trump said that he does not want to speak to Chinese President Xi Jinping right now. "I have a very good relationship, but I just, right now, I don't want to speak to him," he said, adding that he is very disappointed with China.

The United States has repeatedly asked China to allow the international community to go into the Wuhan lab to investigate the origins of coronavirus. "We asked to go over and they said no. They didn't want our help. And I figured that was OK because they must know what they are doing. So it was either stupidity, incompetence or deliberate," Trump said.

Trump and Secretary of State Mike Pompeo have claimed that the deadly virus originated from the Wuhan Institute of Virology in the central Chinese city of Wuhan, where the outbreak was first detected last December. China has denied covering up the extent of its coronavirus outbreak and accused the US of attempting to divert the public attention by insinuating that the virus originated from a virology laboratory in Wuhan.