WHO declared the coronavirus a global health emergency on January 30 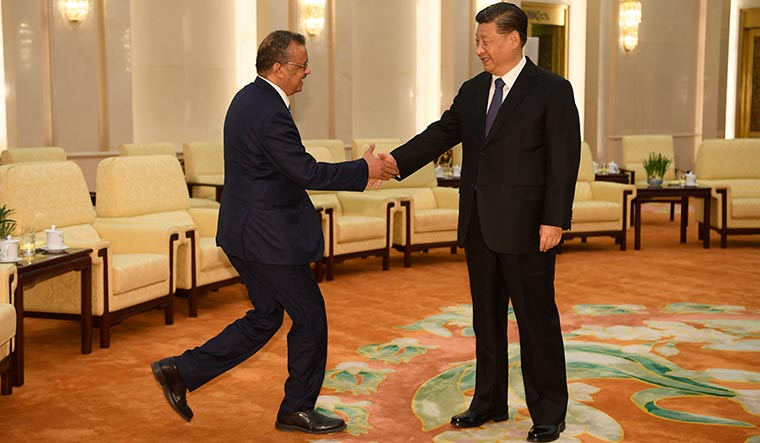 The geopolitical impact of how the coronavirus originated and spread is continuing to rattle China. Last week, German media outlet Der Spiegel reported that Germany's federal intelligence service had information that Chinese President Xi Jinping had personally called the WHO director-general seeking to delay issuing of a global warning on the coronavirus.

The WHO on May 9 issued a statement, denying the report in Der Spiegel on a purported phone conversation between Xi and WHO Director-General Dr Tedros Adhanom Ghebreyesus on January 21. Calling the report "unfounded" and "untrue", WHO said, "Dr Tedros and President Xi did not speak on 21 January and they have never spoken by telephone."

However, the charge that China influenced the WHO on coronavirus has not gone away. Newsweek reported on Tuesday that the CIA believed China had sought to prevent WHO from issuing a global health warning on coronavirus in January.

Newsweek reported that a CIA report claimed, "China threatened the WHO that the country would stop cooperating with the agency's coronavirus investigation if the organisation declared a global health emergency" over coronavirus.

WHO declared the coronavirus a global health emergency on January 30. At the time of the declaration, Dr Tedros Adhanom Ghebreyesus noted, "This declaration is not a vote of no confidence in China. On the contrary, WHO continues to have confidence in China's capacity to control the outbreak."

The CIA report and the claims of German intelligence are likely to bolster suspicion that China had hid the extent of the spread of COVID-19. "The timeline of the CIA document, called U.N.-China: WHO Mindful But Not Beholden to China, and the German report dovetail with another analysis conducted by the US Department of Homeland Security that said China suppressed information about the outbreak in January, so it could hoard medical supplies from around the world,” Newsweek claimed.

Newsweek notes that China first informed WHO of the novel coronavirus on December 31 and confirmed human-to-human transmission on January 20. The WHO voted twice, on January 22 and 23, on whether to declare the coronavirus as a global health emergency, but came to a decision only a week later.

In April, the Associated Press reported the Chinese government understood it was dealing with a epidemic in a meeting held on January 14. However, Xi issued a public warning only on January 20, even as people travelled and fled from Wuhan and other areas of Hubei that were affected by the coronavirus.