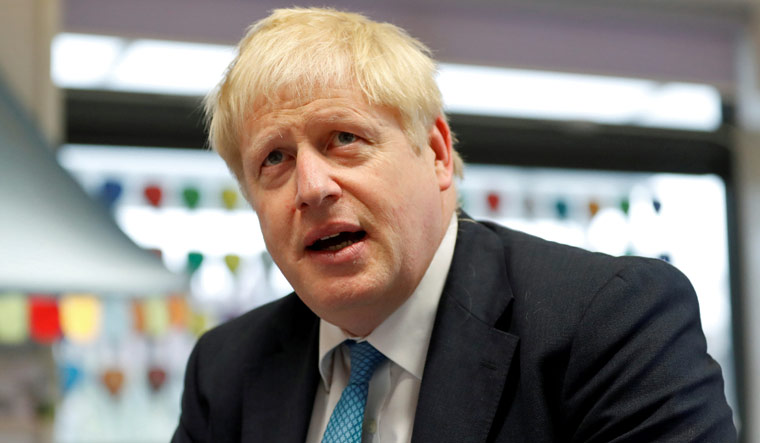 Britain looks set to surpass Italy as Europe's hardest-hit nation by the coronavirus. The government says 28,734 people with COVID-19 had died in UK. hospitals, nursing homes and other settings while Italy has reported 29,079 fatalities. Tallies from both are likely to be underestimates because they only include people who tested positive and testing was not widespread in Italian and British nursing homes until recently.

Yet, official UK statistics released Tuesday that take into account people who died with suspected COVID-19 give a fuller picture and put Britain's coronavirus toll at more than 30,000 dead. The statistics, which go up to April 24, show that deaths were a third higher than the government count. A comparable figure for Italy was not available.

Prime Minister Boris Johnson, a COVID-19 survivor, is set to unveil a comprehensive plan on getting the UK out of the lockdown in place to curb the spread of the virus later this week, with the state-funded National Health Service (NHS) initiating the process with a trial of its new contact tracing app in the Isle of Wight region on England on Tuesday.

Council and healthcare workers will be the first to try the app, which alerts users to get tested if they come in contact with someone with COVID-19 symptoms. The rest of the island will be able to download the app from Thursday and if the trial is successful, it could be available UK-wide within weeks.

Concerns have been raised over privacy, though ministers say the app has been designed with all safety provisions.

The island was chosen for the trial because it has a lower number of new infections, is covered by a single NHS trust and because travel to and from the island is quite restricted.

The app is seen as a crucial part of the UK government's test, track and trace strategy for coming out of the current stay-at-home social distancing measures in place.