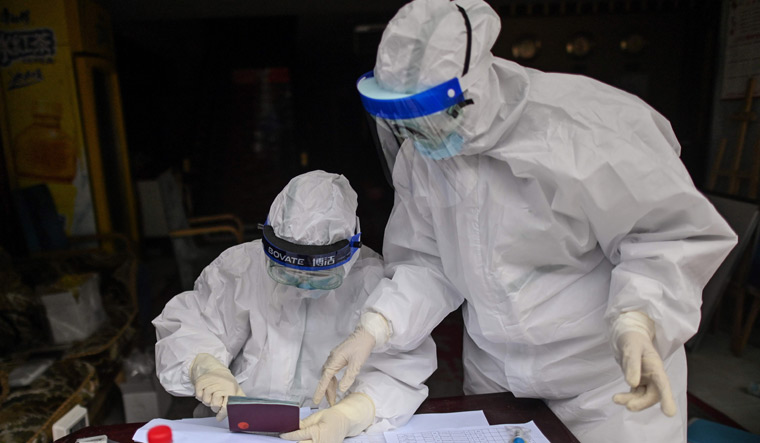 France on Friday said that it doubts China’s transparency in reporting the COVID-19 crisis.

“Given these differences, the choices made and what China is today, which I respect, let's not be so naive as to say it's been much better at handling this," French President Emmanuel Macron was quoted as saying in an interview to the Financial Express. "We don't know. There are clearly things that have happened that we don't know about,” he added.

France, on April 15 had entered into a political battle with China after Chinese diplomats said that France left its older citizens to die during the coronavirus.

German Chancellor Angela Merkel on Tuesday urged China for more information about the early days of the outbreak, which originated in the central Chinese city of Wuhan. In an AFP report, she was quoted as saying, “I believe the more transparent China is about the origin story of the virus, the better it is for everyone in the world in order to learn from it.”

A major German newspaper on Monday asked China to foot a bill of approximately 149 billion euros, owing to the losses the country suffered due to the coronavirus outbreak.

Julian Reichelt, the editor-in-chief of the German newspaper Bild in an open letter accused Chinese President Xi Jinping of him and his government keeping the world in the dark about the virus despite knowing about it for a long time. “Your top experts didn’t respond when Western researchers asked to know what was going on in Wuhan. You were too proud and too nationalistic, to tell the truth, which you felt was a national disgrace,” he further wrote.

UK Foreign Secretary Dominic Raab said China will face “hard questions” about the coronavirus outbreak, especially on its origin and how it couldn’t have been stopped earlier”.

Australia's Foreign Minister Marise Payne said that the country would insist on a probe that would look into China's response to the outbreak.