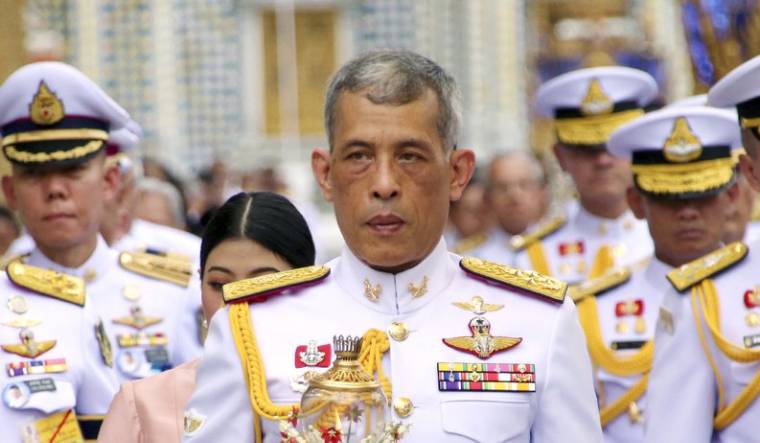 King Maha Vajiralongkorn has “isolated” himself with his entourage in an Alpine luxury hotel amid the coronavirus outbreak, inviting the wrath of his citizens who have taken to online and social media platforms to criticise their king.

The king, also known as Rama X, has reportedly booked the entire Grand Hotel Sonnenbichl with his party, which is also said to include a “harem” of 20 women. The four-star hotel in Garmisch-Partenkirchen, Germany has received “special permission” from the district council to accommodate them because “the guests are a single, homogenous group of people with no fluctuation”, reports said. It also added that 119 members of the entourage were sent back to Thailand on suspicion that they may have COVID-19.

Rama X’s actions, however, has not gone down well with the citizens of his country. Thousands of Thais have criticised him online, breaking Thailand’s lèse-majesté laws, under which those who insults or criticises the monarchy could face jail for up to 15 years.

A hashtag translating to ‘Why do we need a king’ was trending on Twitter after news broke out that the 67-year-old king was holidaying in Germany.

Vajiralongkorn took over the throne in 2016 after the death of his father Bhumibol Adulyadej, who ruled for over 70 years and was much loved by the people. The present king, according to reports, has not made a public appearance in his country since February.

Over 1,300 in Thailand are said to have tested positive for the coronavirus with 143 new cases as of Sunday.