95 cases confirmed and 15 deaths as of Tuesday 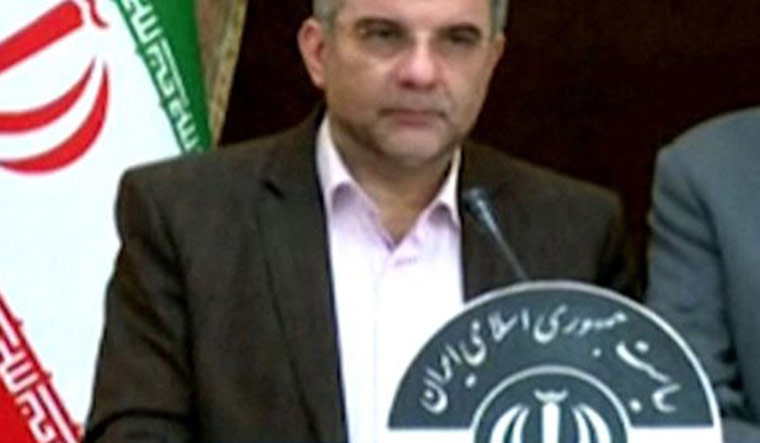 A day after appearing on television looking visibly sick, Iran’s deputy minister of health Iraj Harirchi has come down with a case of the novel coronavirus (Covid -9).

Harirchi, announced on Tuesday that he was self-isolating himself and had started medication for the virus. On Monday, he had appeared in a news conference to deny reports that the outbreak in Iran was much larger than the government had reported. During the conference, he was seen coughing and wiping his brow, as he denied a Qom lawmaker’s claim that over 50 people had died of the coronavirus in the city already.

Iraj Harirchi, Iran's deputy health minister, went on TV yesterday (left) to insist the Iranian government was getting the #coronavirus outbreak under control.

Today it was announced Harirchi himself has the virus. pic.twitter.com/dO0RgLyydk

In a video message, Harirchi says, “I too have been infected with coronavirus...I had a fever as of last night and my preliminary test was positive around midnight.” He added, “I’ve isolated myself in a place since. A few minutes ago, I was told that my test was final and now I am starting medication...I wanted to tell you that... we will definitely be victorious against this virus in the next few weeks.”

Rediculous footage of Iranian deputy health minister, #IrajHarirchi on sosial media about having #Corona and (propaganda) promise to beat it!
Subtitled by me. pic.twitter.com/dxfEBZ0XbI

Harirchi warned his countrymen that they had to be careful as the “virus does not discriminate” and can infect anyone regardless of their standing.

Another prominent Iranian politician, Mahmoud Sadeghi, known for his reformist attitude, also announced that he had tested positive for the coronavirus. “My coronavirus test was positive. I send this message but I don't have much hope of staying alive," Sadeghi tweeted.

As of Tuesday, Iran had reported 95 cases and 15 deaths as a result of the coronavirus, with the epicentre in the holy city of Qom south of Tehran. Several people in other middle eastern countries have tested positive with the coronavirus after returning from Iran.

Health ministry spokesman Kianoush Jahanpour said 16 of the new cases were confirmed in Qom, while nine were in Tehran, and two each in Alborz, Gilan and Mazandaran.

The virus appeared to be spreading to new parts of Iran, as one new case was also reported in the provinces of Fars and Khorasan Razavi, as well as Qeshm island.

Despite being the epicentre of the outbreak in Iran, Qom has yet to be quarantined.