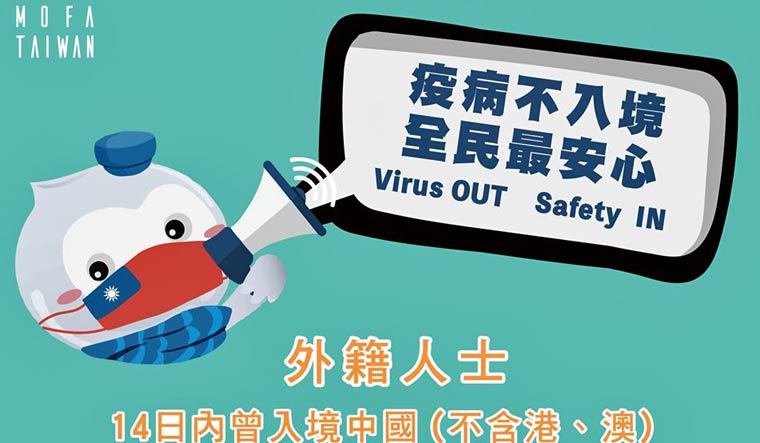 Taiwan has adopted images of cuddly animal mascots in contrast to China's stern messaging that sends out warnings regarding the coronavirus of the COVID-19. The mascots are an attempt by Taiwan authorities to ease public anxiety and educate on best practices.

The health ministry has adopted an image of a cartoon Shiba Inu, a type of a dog called Zongchai. Messages and hashtags by Zongchai are going viral with the social media updates being with information to prevent infections have been shared hundreds and thousands of times.

Recent messaging has been reminding people to use face masks judiciously.

"Leave face masks for the people who need them, frequently wash your hands with soap, reduce touching your eyes, nose and mouth with your hands," read one update.

In a Valentine's Day message, Zongchai offered practical advice for dating during an outbreak, from regular hand washing to staying sober and practising safe sex.

Another is messaging sent out by the government restricting entry on foreigners with recent travel history to China, with the slogan "Virus OUT, Safety IN," where the message is being said by a pigeon in a face mask.

The approach contrasts with the Chinese mainland where authorities have tapped their well-oiled propaganda powers and heralded the importance of patriotism to wage a "people's war" against a virus that has killed nearly 1,800 people.

The campaign messaging is reminiscent of Mao Zedong's cries to mobilise the masses.

"To visit each other is to kill each other," read one slogan in a quarantined district in Hubei province, the epicentre of the outbreak. "To get together is to commit suicide."

President Tsai Ing-wen, of the Democratic Progressive Party, won a landslide second term in January after an election where she regularly featured as an anime-style cartoon character in campaign literature.

Chinese Premier Su Tseng-chang also took to a lighter vein on his social media accounts in cartoon form this week to warn against panic-buying toilet paper.