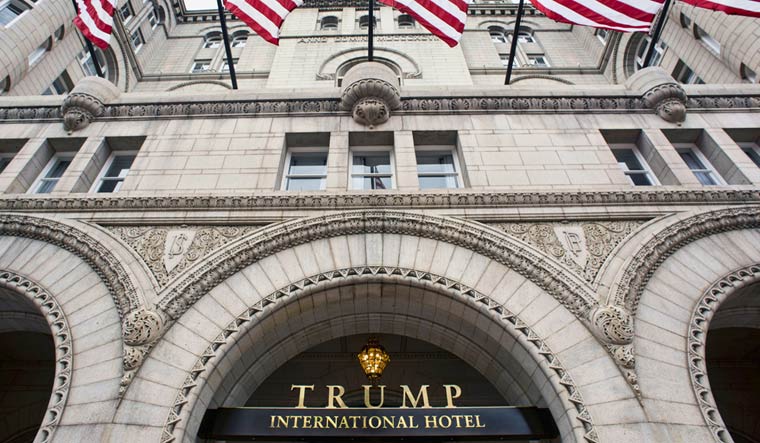 The US Secret Service, which protects President Donald Trump, is paying businesses owned by him for the rooms and facilities they use while protecting him at his own properties.

According to documents obtained under the Freedom of Information Act, Secret Service has paid rates as high as $650 a night for rooms. However, Trump’s company says it charges only minimal fees and it's a great deal for the government entourage.

The service agents and guards use the club facilities for storing their equipments whenever Trump visits his clubs in Palm Beach, Florida, and Bedminster, New Jersey. The president and his family are entitled to get protection from the Secret Service agents wherever they go.

The basis of the argument for payment made the taxpayer's money is that Trump Organization is treating the Secret Service like any other customer.

However, those who criticise the payments say that it is a highly unusual arrangement between the company owned by President Trump and the federal government.

In a Yahoo Finance interview last year, Trump’s son Eric said, “If my father travels, they stay at our properties for free—meaning, like, cost for housekeeping.”

While on his 2016 campaign trail, Trump told voters that—if he was elected—he would not have time for travel.

But the reports about the business seem to contradict the Trump’s own statements.

“We provide the rooms at cost and could make far more money renting them to members or guests,” Trump Organization Executive Vice President Eric Trump said in a statement.